Why did the UK’s largest hemp farm lose its licence?

One of the UK's largest hemp farms, Hempen, said this week it lost its licence to grow hemp. Let's look at the facts. Last year, the Home Office said UK farmers could not harvest hemp flowers for cannabis oil, or CBD, but could continue to grow seed and stalk.

However, last Thursday the Home Office told the firm that it would have to cease production entirely. Following Home Office guidance last November, Oxfordshire-based Hempen said it had stopped growing Hemp for CBD purposes. It instead focused its growing efforts on seed and stalk, which can be used to make cold-pressed seed oil and hemp flour among other products. 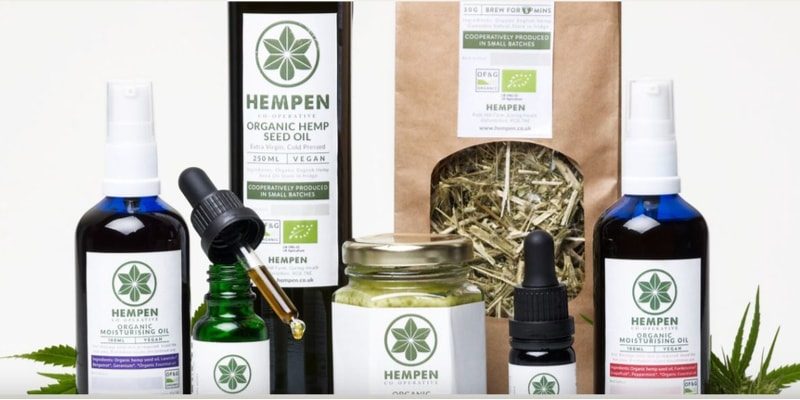 The not-for-profit business said it had then reapplied for its hemp grower's licence – which it had held for three years – in December. However, last week it was rejected.

Crops destruction runs close to £200,000 out of pocket and increasing

The farm says it started the destruction of its crop on Monday to remain within the law. The company employs 12 people and also uses some casual staff. It hopes to avoid job losses by changing its product offering and continuing to supply CBD by importing it from a European partner, which is legal in the UK for humans at least for pets like dog CBD treats they still need to buy from a vet as CBD is not allowed for dogs.

The plants are being cut down and crushed by a tractor over the farm's 40 acres of hemp fields. Images on their Instagram feed demonstrate the severity of the ruling. Hempen is the UK’s only organic hemp farming cooperative, based in the Oxfordshire countryside. They are on a mission to harness the full economic and agronomic benefits of hemp oil.

Bureaucracy is ruining the CBD Industry

Hempen co-founder Patrick Gillett said: “In challenging economic times for British farmers, hemp is offering green shoots of hope as a rare crop that can pay for itself without subsidy. Instead of capitalising on the booming CBD industry, the Home Office's bureaucracy is leading British farmers to destroy their own crops, and millions of pounds worth of CBD flowers are being left to rot in the fields.”

He added that he felt the Department for Environment, Food and Rural Affairs should take over responsibility of regulating farmers from the Home Office.

Find out the top companies in the CBD industry.

“The BBC report is wildly misleading. An industrial hemp licence has never permitted extraction of cannabinoids which is long established and published policy. This is the farmer breaking the terms of their licence and spinning a false story.”

Hempen is now seeking UK legal advice on how to respond to the licence denial. They hope to appeal the decision. There is no denying hemps’ potential as a global crop and the escalation of interest for its uses. Regulation is desperately needed to avoid such harsh measures and clarity on licence applications.

The Home Office said it does not comment on individual licences.

Do you think there is something more to this story and this revoke of licence did not come out of the blue? Do British farmers have your unwavering support in growing industrial hemp and would you join the campaign to save UK CBD & Hemp production amongst a sea of big business and big pharma?

The line is old and never made sense in the first place, but politician after politician like to extol the fear that if they legalize cannabis, everyone will become a pothead. As it turns out, study after study say the opposite, that legalizations don’t increase cannabis use, particularly in younger populations. Take a look. Yet […]

All eyes are on Switzerland as the country makes big moves to start its own cannabis industry. The country announced plans for a recreational measure last year, and now Switzerland is introducing a wide-reaching medical program that goes far beyond its previous limits. Switzerland is on a rampage, both widening its medical cannabis program, and […]

How Popular Are Psychedelics In America? Survey Says ~30% Have Tried

The psychedelics industry is gearing up for a massive debut, and opinions on the compounds are changing for the better. How popular are psychedelics in America right now? New survey results show that these compounds are not unknown to the American public, and that close to 30% of respondents, have already tried them. With the […]

The post How Popular Are Psychedelics In America? Survey Says ~30% Have Tried appeared first on Cannadelics.