Why are Celebs Rubbing CBD on Their Feet?

When some celebrities stepped out onto the red carpet for the recent Golden Globe Awards, they did so with CBD slathered on their feet. Seriously.

So why exactly are celebs rubbing CBD on their feet?

Take it from celeb stylist Kara Welch. “Pain and wellness cream with CBD is the absolute CURE for aching feet on the red carpet.”

E! style expert Zanna Roberts says, “One great trick that a lot of celebrities in LA use is CBD cream on their feet, because it numbs the pain.”

The wellness cream both celeb stylists are referring to is made by Lord Jones, a California-based cannabis company that InStyle referred to as “perhaps the most stylish cannabis brand on the evolving market.” 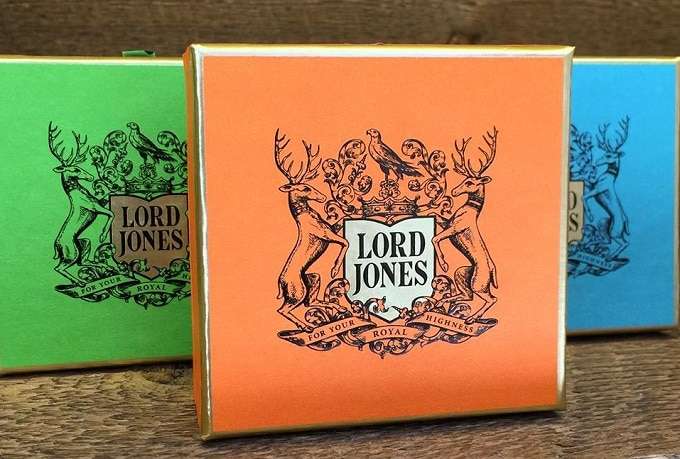 According to Cindy Capobianco, owner of Lord Jones, “Whether they’re using it on their feet before they walk down the red carpet [or] whether they use it for joint pain … we feel incredibly grateful and blessed that [celebrities] have found their own and very different kinds of relief.”

Lord Jones, after all, is no stranger to celebrities endorsing their products.

In 2018, Mandy Moore said in regards to the Golden Globes, “This year I’m trying CBD oil on my feet, which my stylist recommended. I asked her if there was some kind of numbing cream and she was like, “No! [Try] Lord Jones CBD Oil…I could be floating this year.”

“A shout out to my friends @thelordjones Their pain and wellness cream with CBD is the absolute CURE for aching feet on the red carpet. Don’t worry, your feet ain’t going to get high but this miracle cream is going to make a long #GoldenGlobes evening much more fun. So, until designers learn how to make a stiletto as comfy as sneakers, @thelordjones is in my styling kit.”

At $60 per bottle, the Lord Jones High CBD Formula Body Lotion is comparable to other CBD lotions on the market…only its one celebs are going gaga over.

And it’s not just for their feet that celebs are using CBD.

Celebrities, it seems, are using CBD for all kinds of different reasons.

Why So Many Celebs Swear By CBD

The number of celebrities that use CBD are aplenty.

Jennifer Aniston is one who told Us Weekly that, “CBD helps with pain, stress, and anxiety. It has all the benefits of marijuana without the high.”

Brazilian Victoria’s Secret supermodel Alessandra Ambrosio is another who expressed that her secret for prepping “mind, body, and soul” before doing a big fashion show in 2017.

“The most important thing to do [to prep for the Victoria’s Secret Show] is to sleep eight hours the night before,” Ambrosio said. “It’s hard because the mind gets anxious, so I try CBD oil and I think it helps.”

When he was 29 years-old, Back to the Future star Michael J Fox was diagnosed with Parkinson’s disease.

Fox says, “If there’s anything that working with CBD oil has shown me is that there is always hope. Even for the hopeless.”

Parkinson’s, which affects some 10 million people worldwide, is the second-most common neurological disorder after Alzheimer’s disease.

A 2018 study found that CBD helped in the reduction of psychotic symptoms and sleep patterns of Parkinson’s patients.

While CBD wasn’t found to improve motor function, it did significantly improve quality of life.

Olivia Wilde is another well-known actress who has also praised Lord Jones CBD. She recently had the following to say to the New York Times:

“Another thing I’m a huge believer in, in terms of body care: I’ve been using this body lotion that has CBD from marijuana. It’s called Lord Jones, and I discovered it through my friends in L.A. Recently I did a play on Broadway for six months, and my body was wrecked. My neck was really tight. The CBD has relaxing benefits, and the idea is to avoid using too many painkillers.”*

The Celebrity Status of CBD

It’s no secret that CBD’s become one of the hottest natural health trends to hit the market possibly ever.

Projected to be a $22 billion market by 2022, CBD sales aren’t showing any signs of slowing down any time soon.

And celebrities, forever on the forefront of all things trending, have embraced the CBD market as much as the rest of the world.

According to AdAge, “In Los Angeles, there’s a growing movement toward the CBD ‘power lunch’, which even for L.A. seems extreme. At downtown restaurant Spring, three CBD-infused courses will cost you $37.”

Los Angeles, however, is a city known for being extreme.

And those who embrace the lifestyles of the rich and famous are touting CBD to be the next big thing.

Capobianco says, “Everyone comes to this conversation with their own preconceived notions and their own experiences. We’re asking people to take a gigantic leap of faith with our products. We keep it real. All the attention we’ve received is earned. No celebrity has spoken on our behalf for any reason other than they use the product and they love it.”

From rubbing CBD on their feet for red carpet relief to using CBD to help with stress, anxiety, and more, celebs are discovering CBD is just about famous as they are.