Weed the People’s Abby Epstein on Her Latest Documentary

Weed the People Director Abby Epstein discusses the importance of spreading the word about medicinal cannabis.

“When your kid’s got cancer, the rulebook goes out the window, really. I wouldn’t feel right if I didn’t explore everything that there was.” This quote comes from a mother featured in Weed the People, a documentary that follows a number of families with children suffering from cancer. The quote perfectly exemplifies the theme of the film, where the possibilities of medical cannabis as a treatment is examined as families desperately look for a safer alternative to chemotherapy and prescription drugs. In this exclusive interview, Weed the People director Abby Epstein discusses the inspiration for her film, the long-standing stigmas surrounding cannabis, and the personal connection she maintains with the families featured in the documentary. 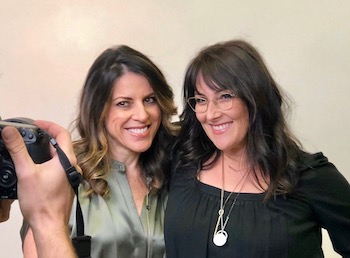 Cannabis & Tech Today: What was your inspiration for Weed the People?

Abby Epstein: The inspiration for this movie was a little bit unorthodox because we didn’t really set out to make a film about medical marijuana, or a policy film. The film actually came from the executive producer Ricki Lake and her husband. They actually got very involved in helping a little girl who was suffering and undergoing chemo and had a disease where she had tumors all over her body. They were researching alternative and integrative therapies for this little girl, because the chemo was really destroying her quickly. And they came across cannabis oil, and a compound with CBD, and the anti-tumoral effect that’s been studied, and so that really launched the film. They were really trying to help this little girl and, through that, open the door to this whole world of medicine and trying to figure out why nobody knows about this.

C&T Today: Why do you believe that so many people don’t seem to embrace cannabis on a medicinal level?

Abby Epstein: I think it’s just the stigma. I think that everybody’s been so brainwashed by their understanding of what is a drug and what is a medicine. I think that most people think it’s okay to give seven-year-olds a prescription for Oxycontin even though that can really easily inadvertently kill a child. They think that’s okay because it comes from our pharmaceutical industry and it’s doctor prescribed, and insurance paid for it so it must be okay. And unfortunately, I think marijuana just has this reputation for being a drug of abuse and it’s very, very hard to undo that thinking. I think that’s why this movie is so important. Because, for most people seeing this movie, it’s the first time their eyes were really ever opened to the fact that this is no different. This is no different than any other plant that we derive medicines from, whether it’s chemotherapy, drugs, or painkillers. A lot of things are derived from plants. So, it’s kind of this incredible double standard and I think that it just has to do with the way the culture has been brainwashed.

C&T Today: Do you believe those stigmas will ever be a thing of the past?

Abby Epstein: I think so. I mean, I really see that day. It’s hard because when the medicine is smoked, I think that people have such a connotation with inhaled marijuana, rolled cigarettes, or flower, even vaping to a certain extent. I think people have such a connotation with that as a street drug. So I think that’s difficult and there is no other pharmaceutical right now that is smoked.

But I do think that, in terms of the other formulations, whether they’re pills, oils, tinctures, or pharmaceuticals that are being derived from the cannabis plant, I think that the stigma will go away with that. You see it already happening with the CBD craze and all these products that are coming out in the CBD market. It shows that there’s this public embrace that there’s good sides to this plant. So I think that will also help turn the tide. 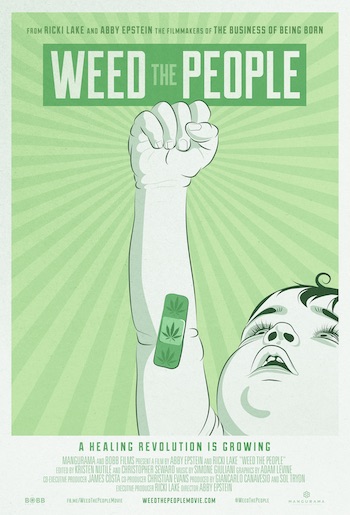 C&T Today: In order to raise money, you had started a GoFundMe page for the families that were featured within the documentary. Do you still find yourself keeping in touch with them?

Abby Epstein: Oh yeah, quite a bit. The families, they were all just at the Los Angeles premiere. We’re definitely in touch with them and the reason that we started a GoFundMe campaign on the website for the kids is because, since we made the film, the regulations in California have honestly been so difficult on these families and on the oil makers. Honestly, the regulations have made it so that families who were getting free oil are no longer getting any free oil. It’s really made it quite difficult for these kids, and all the kids in the film who are actually still taking a daily dose, a maintenance dose of oil – it’s expensive. It continues to be expensive. That’s kind of what we’re hearing all around from people, that the regulations have made it very difficult for pretty much everyone you see in our film, both the people making the medicine and the children trying to access it.

C&T Today: What message do you hope viewers take from Weed the People?

Abby Epstein: For us, I think the big takeaway is that we really would like people to see that this is truly, really a human rights issue. These are children who are sick, facing life-threatening illnesses, and the government is telling them that they can use every toxic treatment known to man but, “Oh, this one plant is off limits.” This one plant, which you see in the film, is potentially, anecdotally, maybe saving some of these children’s lives. So I think that people need to start to look at this as a human rights issue. That’s why we called the film Weed the People, because we feel like this is a right of citizens to be able to heal themselves, to choose how they feel, and be able to access a full range of holistic and integrative options in addition to what the allopathic medical system is providing. To take that away from people, to take that out of people’s access and say, “No, this is illegal and it can’t be studied and your doctors can’t prescribe it.” It is truly what I think we’re showing in the film, not only a heartless act, but a really ignorant and criminal position that will cost people lives.