In Colorado, African Americans are arrested three times more often than Caucasians for marijuana-related crimes. This is a statistic that hits home for Wanda James, Colorado’s first African American dispensary owner. James has been fighting to decriminalize the plant on both a state and federal level for nearly a decade.

From her work with the Amendment 64 Task Force to legalize recreational marijuana sales in Colorado to her current endeavor as a managing partner for the Cannabis Global Initiative (CGI), James is committed to decriminalizing pot and reducing the stigma around the plant. In this exclusive interview, James shares her insights on social justice, racial disparity, and what it takes to own and operate one of Denver’s top recreational dispensaries.

Cannabis & Tech Today: You were a panelist for TedXMileHigh: Colorado Cannabis Conversations, during which you discussed your brother’s incarceration for a marijuana charge. Can you share a bit about that experience and how it shaped your decision to enter the cannabis space? 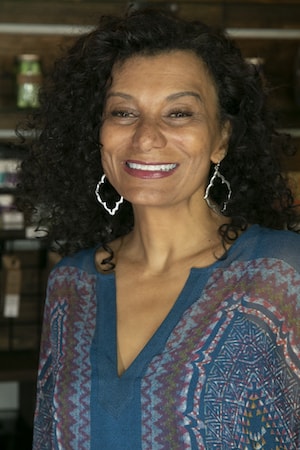 Wanda James: My brother was 19 years old and living in Dallas, Texas when he was arrested for four and a half ounces of cannabis, for simple possession. From that charge he ended up with about 10 years in the system. Four of those years he spent in a maximum security prison and he picked cotton every day to buy his freedom. The reason he picked cotton is because the privatized prison system in America is set up to take advantage of and target low income people, mostly boys. I’m going to say people now, but at the time it was mostly young men of color, mostly black. Of the 800,000 people who were arrested in America at the time, about 85 percent of the arrests were black or brown between the ages of 17 and 24. That demographic was targeted for two reasons.

One, they didn’t have access to decent legal advice which would make these types of arrests nearly impossible in a middle class neighborhood. And despite what this country wants to say and what they want us to believe, they know that cannabis is not what they consider the typical idea of addiction. Meaning that if we arrest somebody that’s addicted to meth, or any other type of illicit drug, there’s a period of detox they have to go through. During that period of detox, they can’t work. They’re usually having things like the shakes or high fevers, or they are sick to their stomach which makes it impossible for them to work in privatized prison systems. Basically, privatized prison systems take on the contracts for Fortune 500 companies.

So my 19-year-old brother picked 100 pounds of cotton a day for four years to buy his freedom. When I heard that I was completely sickened by that idea. So we decided to try to make cannabis, and the face of cannabis, stand for social justice and not for mass incarceration.

C&T Today: What are some of the barriers to entry preventing more African Americans from entering the legal cannabis space?

Wanda James: We’re starting to see states right now allow people who have already had drug felonies be able to participate. But in the not very distant past, if you had a drug felony, you could not participate in the legal business. You couldn’t own a legal cannabis business if you had already been arrested for drugs. What I find funny is those are the people who are the visionaries, right?

It’s amazing that now, in Colorado, if you sold 25 pounds of cannabis you’re likely to be on the cover of Forbes and not getting a mugshot. But if you’re a young black kid in Alabama today and you get caught selling a dime bag on the street corner, you’re going to jail, and you’re going to jail for selling a Schedule I illegal drug, which could be a felony.

That doesn’t make sense when you realize a simple zip code in America determines whether you’re a millionaire or a felon … or I should say zip code and skin color. It just doesn’t make sense. We need to start to change the narrative and what we believe about this plant and how we’ve demonized people that have used the plant.

Wanda James: That’s what CGI does. We like to take a political look at all things cannabis because that’s what we’re talking about right now. The reason it’s a Schedule I illegal drug was a political move, not a move brought on by the people of the United States. It was also a racist move.

So when we start to talk about cannabis legalization and the fact that mass incarceration is because of making cannabis illegal and a Schedule I drug, for me this is all a political act. And it’s really important that we get people understanding what this is about, that we get people understanding what the talking points are. Most importantly, for politicians that do want to move forward with the legalization of cannabis, we want them to have the language in which to speak about this so that it makes sense to people.

C&T Today: How has taxation under Section 280E of the Internal Revenue Code impacted your business?

Wanda James: Nobody in cannabis right now is making money if they’re actually paying their taxes in the way that they’re supposed to, and that’s the point of 280E, to make sure that nobody selling a Schedule I illegal drug (i.e., meth, heroin, cannabis) would make any type of profit.

We stood, though, in complete defiance of 280E. It should not be applied to the legal cannabis industry because I’m pretty sure Scarface was not registered with the Secretary of State. I’m pretty sure Scarface was not paying his employees, paying unemployment taxes, or paying for social security and all of the things that we do as a legal business. So it’s ridiculous that the United States government wants to tax us under a tax code that was actually made for people like Scarface. 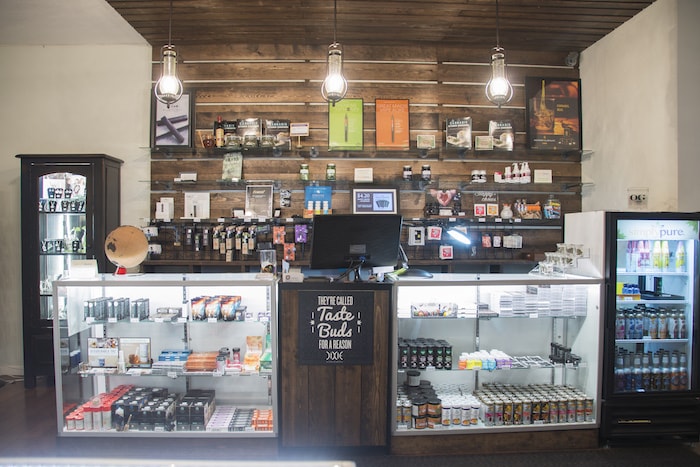 C&T Today: During an interview with Cannabis Dispensary earlier this year, you mentioned that you were reluctant to use technology that might move people through your dispensary faster. Why is that?

Wanda James: At Simply Pure, the dispensary that exists here in the Highlands, we see a tremendous amount of tourists. A lot of the people that come into our dispensary have come from all over America. We are, more times than not, their very first dispensary experience. We have a globe when you enter the dispensary and every person who is visiting our store for the first time is given a little pin they can put on the globe to show where they are from. Our globe is covered.

We have people from Indonesia, from Africa, folks that have seen a lot of the press and political work that we’ve done. Even though dispensaries are old hat now to all of us in Colorado and we all know what an indica or sativa joint is … Hell, we’re talking about different types of sublinguals. But a lot of people that come, most of the people that walk into the dispensary, it’s their very, very first time. It’s their first time ever buying cannabis. For some, it’s their first time getting high since the Bob Marley concert back in 1976. We want to be able to talk to those people, to be able to talk them through what their first time looks like.

C&T Today: How is the Cannabis Global Initiative using social media channels and other technologies to help cannabis businesses build their brands?

Wanda James: That’s our voice and social media is the voice of not just the generation, but a voice of business, a voice of just general messaging. At the Cannabis Global Initiative we like to talk about the political aspects of what’s happening in the industry. We like to talk about how 280E has affected us. We like to make sure that business owners have talking points and understand what the impact of certain laws and regulations will be to their business.

We want them to understand how that works. We want them to know the phone numbers and email addresses of the people that will be voting on the laws and regulations that surround their businesses. We want patients to understand how different laws are going to affect them. So we think social media is an amazing way to get those messages out and direct those messages to the demographic that we know needs them.

C&T Today: What advice do you have for other entrepreneurs hoping to enter the cannabis space or improve their existing operations?

Wanda James: It’s everything that we just talked about. We are not trying to rush people through Simply Pure to make a dollar. Yes, we could probably set up machines out in front. We could probably double the amount of people that came through Simply Pure, but then we would lose what, I think, makes Simply Pure not like everybody else in Colorado. There are definitely places where you can be rushed through and get in and out faster and probably cheaper. But we want to be the Colorado cannabis experience.

Now please don’t hear me say that I am casting shade on those dispensaries that run people through, because I’m not. It’s just a very different business model than what we do. McDonald’s is a fine business model. McDonald’s makes a lot of money. McDonald’s is known worldwide. Personally, if I had a restaurant, I wouldn’t want it to be McDonald’s. I would rather have it be the small restaurant on the corner, like our old restaurant Jezebel’s used to be; where you know the owner, you might know the chef, and the server’s going to take some time to talk to you about why our fried chicken is really special.

For all the people that are looking at this, that are working in technology, or for young folks looking at doing something different or getting involved, this industry is still exciting and it’s right at the very beginning of the blossoming of the industry. Getting involved now is probably going to be one of the most amazing times, and kind of the way we saw the dot com world start to explode 20 to 30 years ago. Get involved now. Especially if you’re looking for something different to do with your life. This is an exciting time to be a part of what this industry is going to blossom into, so definitely jump on board.