The popularity of CBD in the UK is not in doubt, with an estimated 1 million people, routinely purchasing an array of CBD tinctures, capsules and lotions every day. However, success for the companies involved is tempered by one salient point – CBD has to be imported into the UK and campaigners say this is not a position in line with international regulatory trends.

The World Health Organisation recommended earlier this year to remove hemp completely from any drug scheduling. On the back of this, HempTank, the UK’s think tank for the hemp industry is putting together a White Paper to lobby the Government to change the regulations so that the whole plant can be used.

Rebekah Shaman, chair of the British Hemp Association, explained the current situation in the UK, saying, “Hemp growers are not able to use the leaves or the flowers, only the seeds and stalk, and they are not allowed to extract CBD from these either. So we find ourselves in this ridiculous situation where an English CBD company has to grow cannabis in Portugal, or elsewhere in Europe, and import it into the UK for processing and sale.”

In theory, interested parties can acquire a license to grow cannabis, but in practice, it is not a runner, and in any event, CBD is still legally a minefield.
In order to grow cannabis, a UK farmer or business needs to secure a license from the Home Office. Guy Coxall, Chairman of HempTank and Compliance Director for the Cannabis Trades Association (CTA), says these are very hard to come by.

“The existing hemp license covers traditional industrial uses for seeds and fibre, all of the other parts of the plant are classed as controlled substances. It is, therefore, illegal to grow cannabis in the UK to extract CBD and as a result, everyone is having to deal with imports from overseas at the moment,” Mr Coxall told CBD market intelligence agency, CBD Intel.

Because of the current regulation, the CBD lobby in the UK is fearful that the local industry will not be at the starting line for the ‘Green Industrial Revolution’. Coxall added, “With the market developing at such speed we see a massive opportunity to boost the economy and create thousands of jobs. Farmers could benefit enormously – for example, some estimates say a hectare of hemp for CBD production is worth over £100,000 and even the stalk alone is double the value of a hectare of good quality corn.”

CBD homegrown isolate for sale is where the future growth should be with UK growing and extraction creating jobs and revenue for the exchequer.

A spokesperson for the Home Office said: “Cannabis flower and leaf are controlled drugs in the U.K. so are illegal to possess, supply, produce or cultivate without a licence.”
Its regulations stipulate that a licence “may be issued for the cultivation of cannabis plants with low tetrahydrocannabinol (THC) content”. These licences enable the use of “non-controlled parts of the plant – seeds and fibre mature stalk only” and there needs to be a “defined commercial end use”. It added: “Where any CBD products are controlled under the Misuse of Drugs Act 1971 and appropriate licences are not held, we expect the police to enforce the law.”

If lobbying is successful, it could facilitate a boom for hemp farmers in the UK, and a knock-on effect on the entire CBD value chain. Otherwise, the country’s continued reliance on imports will remain a stark fact of life. Shaman added that North American-style regulation must be the aim.

“We are crippling ourselves. Hemp has potential in biofuels and sustainable paper, and we can create a thriving, environmentally-sustainable industry which can create jobs and give people hope.” 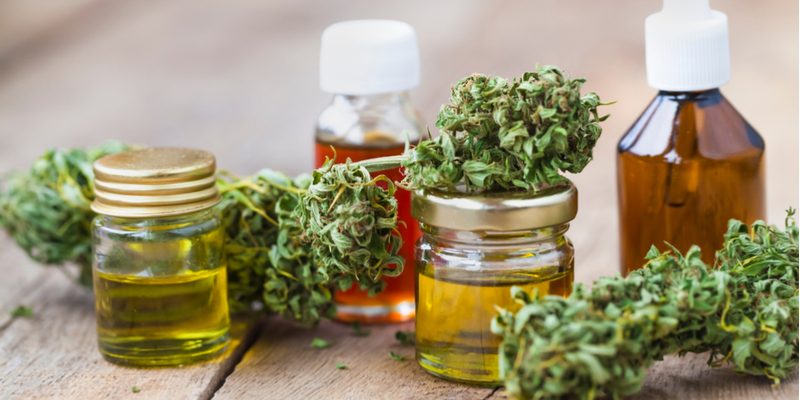 Conclusion: The UK CBD sector may look healthy and growing at the moment but the reality is its progress is being held back by out of touch government regulation. It is very difficult to get a license to grow cannabis and extracting CBD from the plant is banned outright. This means the country is completely and absurdly reliant on imports, to the detriment of the whole sector. Lobbying groups are hoping to persuade the government to alter the law in line with WHO recommendations.