A field trip to Canada exploring the possibilities of legalising cannabis has inspired government ministers to consider cannabis factories as a solution to prosperity in post-industrial UK towns. Jonathan Djanogly, Conservative MP said towns in Canada with declining manufacturing industries had reinvented themselves as hubs for the cannabis industry. ‘Legalising cannabis in the UK’, is the subject of a BBC documentary available from today. 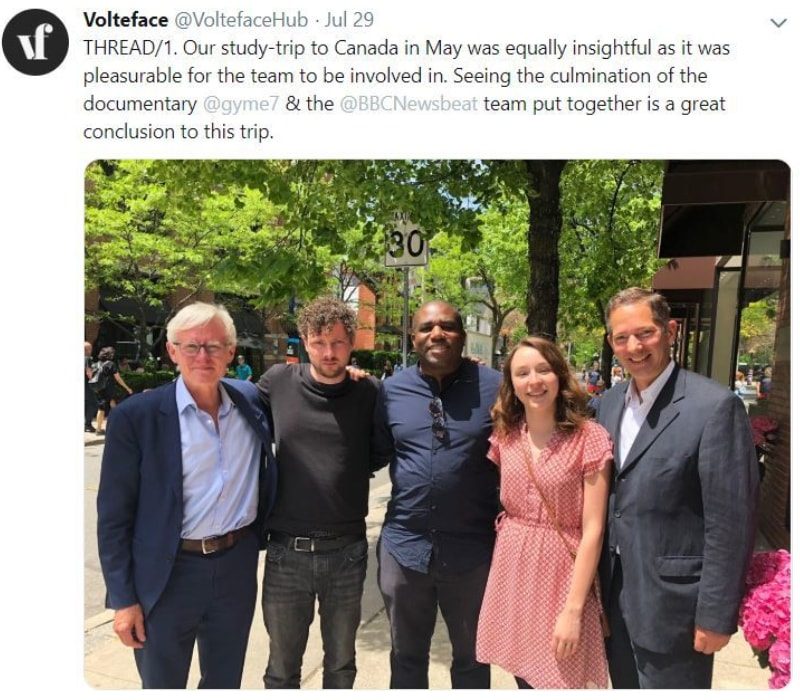 The group which included Sir Norman Lamb and David Lammy and organised by the Volteface drugs think-tank saw once sleepy towns rejuvenated where town mayors spoke about factory shut-downs and mass unemployment and the joy of an industry exploding in these little towns with subsequent job openings.

Cannabis as a good revenue stream cannot be denied

While Mr Djanogly said legalising and regulating cannabis was “easier said than done”, he did however suggest that the cannabis industry could provide the UK with a solution to unemployment in formerly industrial northern cities.

“I don’t know about the scale involved, but cannabis is now roughly half a percent of GDP, so it must be creating jobs somewhere.”

While Sir Norman added: “There does not appear to be the same level of debate about mental health and psychosis as there is in the UK. I would have a cap on potency if legalised in the UK.”

The group visited legal dispensaries, grey market dispensaries and cultivation labs. They spoke with key figures involved in the change and learned about the social, economic and cultural shifts that have resulted from cannabis.

The BBC documentary, Legalising Weed – Canada’s Story, is available online today and follows the three MPs exploring cannabis legalisation policy in Canada. The documentary will also show Sir Norman, who does not usually use recreational drugs, taking a cannabis ‘capsule' bought in a legal dispensary. The Home Office has repeatedly stated that it has no intention to legalise cannabis for recreational use.

Don't Burn Out Your Body by Overworking: Try These Cool Ways To Relax.

Although still considered a somewhat less common alternative cannabinoid, HHC – or Hexahydrocannabinol – has been gaining popularity over the last year. To the point that it’s currently undergoing a rebrand, so to speak. Some companies have started referring to HHC, as HXC. Learn why the switch to HXC is happening.  To stay current on […]

The post Hexahydrocannabinol 101: HXC vs HHC appeared first on Cannadelics.