Once a highly stigmatised compound, CBD has soared in popularity among Europe and among UK customers to become one of the fastest-growing wellness supplements on the market today. The important question for any business interested in the market is, Is CBD legal? A seemingly innocuous statement but with the THC component of cannabis to take into account and possible trace elements of that controlled substance that is banned in the UK we need to look at the law and try make sense of it.

However, this flourishing market may be halted by recent changes to how the EU classifies CBD products, leaving many sellers in regulatory limbo.

Before January 2019, Hemp-derived CBD oil was considered is CBD legal to buy in the UK as a health supplement, provided companies made no medical claims about their product (such as stating CBD can help cure cancer), and as long as THC levels in the UK did not exceed 0.2% to remain legal from the hemp growers.

However, under new EU regulations announced earlier this year, CBD supplements are now considered a ‘novel food’, which is defined as any food or ingredient that was not widely used for human consumption within the EU before 1997. As such, CBD products must undergo pre-market assessment under EFSA Novel Food Regulation before going on sale in the EU as a food or food ingredient, a process that can take up to 18 months, if not more.

Despite the fact that the UK is making its way out of the EU, government officials adopted EFSA regulations to crack down on the expanding market of CBD food and drink products in the UK. Similar measures have been taken in the U.S., where the addition of CBD to food and drink products has been particularly fraught with obstacles.

While the status of Brexit remains uncertain, government officials have indicated that these EU regulations will remain in place even after Brexit negotiations are resolved with Britain leaving the EU.

On the 1st of November 2018, UK Home Secretary Sajid Javid announced that cannabis-derived medicines including CBD would be reclassified as schedule 2 drugs under the 2001 Misuse of Drugs Regulations, which allows specialist clinicians to prescribe them to eligible patients.

Under these regulations, UK patients must first undergo a rigorous evaluation process before they are granted access to medical-grade CBD treatments and other cannabis-derived medicines. If they are granted a medical cannabis card, such medication can only be obtained from a specialist clinician, not a regular GP.

According to Dr Sarah Brewer, “The new classification by EFSA is for regulatory/technicality reasons and not for safety reasons.”

While both the UN and the World Health Organisation acknowledge the therapeutic potential of CBD, this change in regulation is seen as a political move by EU member states concerned about having missed a ‘processing step’, as earlier EFSA wording gave CBD companies and producers the impression that CBD was not considered a novel food.

So is it legal to sell CBD in the UK?

Despite this murky UK legal framework for cannabis, the UK CBD market continues to flourish. CBD-infused menu items continue to dominate menus in cafés and restaurants like Farmacy in Westbourne Grove, which offers customers CBD-infused chocolate truffles as part of their ‘high tea’ spread.

On the high street, CBD products are being stocked on the shelves of larger companies such as Holland and Barrett, while smaller independent pharmacies have turned to CBD oil to bolster sales amid NHS cuts. Since the Department of Health introduced cuts back in 2016, at least 190 pharmacies have closed across the UK.

In a statement made to Healthspan, Dr Brewer said: “Given that there is some uncertainty on the future free availability of CBD supplement, I'd recommend that people who find it beneficial for well-being continue as previously by ordering from a trusted supplier and continuing to take their CBD Oil.”

While most EU member states are likely to follow EFSA guidelines, they are not actually legally binding. EFSA allows individual states to implement their own regulations around CBD, which means that laws can vary from state to state.

In the Republic of Ireland, official regulations from the Food Safety Authority of Ireland (FSAI) state that anyone looking to sell CBD products must receive novel food approval from EFSA. However, not all CBD products are created equal – and the legal status of CBD in Ireland all comes down to how it is processed.

According to FSAI, cold-pressed CBD and hemp oils derived from the seeds or other parts of the hemp plant are completely legal and do not require an authorisation, since hemp oil was widely consumed in the EU before 1997.

This also includes industrial hemp, which is completely legal to grow in Europe as long as the level of THC does not exceed 0.2%. However, CBD extract that has been produced using CO2 requires authorisation as a novel food act effect UK law and must undergo extensive safety checks before their approval for sale to the public because of possible ‘undesirable substances’ that may be harmful to consumers’ health.

Under the FSAI regulations, there are currently no approved medications that contain CBD as the primary active ingredient available in the Republic of Ireland.

CBD regulation in the United States 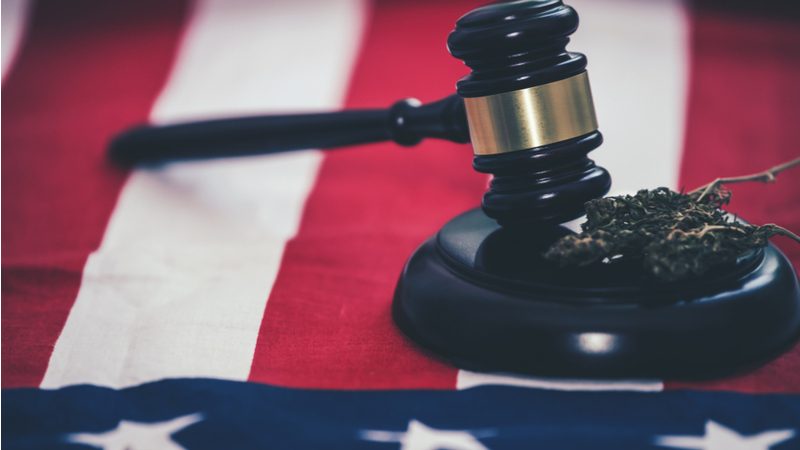 Across the pond, there is just as much confusion surrounding the legal status of CBD in medication, health supplements as well as food and drink products.

On a federal level, hemp-derived CBD is completely legal. When industrial hemp was legalized in the 2018 Farm Bill, CBD also became legal to produce as a by-product of industrial hemp – as long as it contained a THC percentage of 0.3% or lower. Anything higher is considered cannabis, which is still illegal on a federal level despite many states in the U.S. have legalized medical cannabis as well as recreational cannabis.

Despite the fact that CBD is legal on a federal level, there’s a vast difference in how regulations and legislation operate between different states. Many states have yet to catch up with federal legislation, and as such, CBD is still treated as an illegal cannabis product by cautious state officials in certain states because of a lack of regulation.

The legal status of hemp-derived CBD in individual states is often dictated by the legal status of cannabis, despite the fact that the two are completely different substances. States that have laws in place to regulate the cultivation and sale of legal cannabis (either medical or even recreational) are often more poised to implement CBD regulation in their state legislation.

Unsurprisingly, CBD is best regulated in states like California and Colorado that have already legalised recreational cannabis for a considerable amount of time, with established industry regulation and legislation in place.

Despite the fact that hemp-derived CBD is legal on a federal level across the United States, its status as a drug product has complicated how CBD-infused food and drink can be marketed.

Since Epidiolex, the first FDA-approved CBD medication was introduced to the U.S. market in 2018, this has caused difficulties for small businesses looking to tap into the flourishing market of CBD wellness products – as the FDA prohibits the addition of active ingredients that are classified as drugs to food and drink products.

On the east coast, New York City Health Department officials stated that as of October 2019, food service businesses will face infractions for selling CBD-infused food and drink products.
Any bodegas, restaurants and cafés across the five boroughs will face fines and a change to their Health Department letter grading if they continue to sell products such as CBD lattes.