How to Solve Cannabis’ Water Problem

How to Solve Cannabis’ Water Problem by Alex Moersen

Like much of U.S. agriculture, the majority of cannabis in the country is produced in California. However, the state’s ongoing drought has forced some to take a hard look at the thirsty crops grown there. While “thirsty crops” may garner thoughts of grapes and almonds, cannabis, too, is quite water-intensive. Plus, now that cannabis cultivation is slowly but surely entering the public eye, there are those who are beginning to look at the overall sustainability and environmental effects of the plant.

In June of 2015, BioScience published a research paper on the sustainability of cannabis. Naturally, one of the areas of analysis was water consumption. They found that an estimated 22 liters of water or more are consumed per plant per day during the June-to-October growing season. Applying this number to documented planting densities for greenhouses and outdoor grows, they found that water rates would be approximately three billion liters per square-kilometer in greenhouses and 430 million liters per square-kilometer outdoors.

“For comparison,” the study explains, “wine grapes on the California north coast are estimated to use a mean of 271 million liters of water per square-kilometer of vines per growing season … Marijuana is therefore estimated to be almost two times more ‘thirsty’ than wine grapes, the other major irrigated crop in the region.” This is especially concerning, considering the fact that some estimate 60 to 70 percent of marijuana in the U.S. is grown in California. 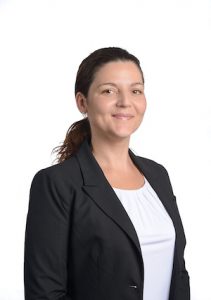 Because of marijuana’s insatiable hankering for water, many cultivators have been seeking out sustainable alternatives that are ultimately better for the environment – and their wallets. “We’re starting to see some cultivators capture their nutrient runoff, or expired nutrient water, and recycle that through a filtration system to clean it and reuse it,” explained Brandy Keen, co-founder and senior technical advisor at Surna, an indoor cultivation and engineering company. “We’re seeing cultivators seek out the most efficient reverse osmosis systems … Lastly, the owners of these facilities are starting to pay more attention to condensate reclamation and reuse.”

However, for optimal water efficiency, it’s important to look at the whole system. In some ways, a growing operation is only as sustainable as its weakest link. In Surna’s case, their systems take into account the entire environment, which makes water usage much more predictable and easier to manage.

As Keen explained, “Our systems allow for a very precise and consistent cultivation environment, which means predictability on water use and the ability to precisely meter the amount of water your plants need on a daily basis.” In fact, condensate reclamation has the potential to reduce water consumption in cultivation facilities by up to 90 percent, as long as it is in a controlled environment. “We aggressively advocate during the mechanical design phase for condensate reclamation through the dehumidification system, and then design the mechanical system to allow for that reclamation and reuse,” she explained. “Condensate is just distilled water – it needs to be oxygenated, sterilized, and carbon-filtered, and then can be returned to the irrigation tanks for reuse.”

Not only do these strategies help save water, but money as well. While it varies from operation to operation, Keen estimates that there are thousands of dollars to be saved. “Assuming typical water consumption, costs, and waste, condensate reclamation alone can save up to one dollar per year per square foot of canopy,” she claimed. Considering that the cannabis growing industry is likely only going to expand, having these kind of sustainable strategies in place will be vital to its success.