How Does CBD Help Veterans?

According to the most recent statistics there are some 18.2 million veterans in the US, many of whom have developed some kind of mental illness.

It’s estimated that almost 37,000 are homeless and countless struggle with problems like depression, anxiety, insomnia and PTSD.

Unfortunately, only 50% of veterans that return from service will seek out help.

There’s a stigma attached to getting help…so much so that many vets forgo it completely turning to routes of “self-medication” that far too often leads to substance abuse and addiction.

Of those that do seek help, only around half will receive aid that actually works.

Something that has shown to work?

Including both CBD and THC.

This landmark move was the first time both House and Senate agreed on such an amendment, which was largely based on allowing those who have honorably served our country alternatives to safer prescription medications.

“The death rate from opioids among VA healthcare is nearly double the national average,” said Representative Earl Blumenauer who introduced the amendment. “From what I hear from veterans, medical marijuana has helped them deal with pain and PTSD, particularly as an alternative to opioids.”

How exactly does CBD help veterans?

As it turns out, in several different ways.

How CBD (and Medical Marijuana) Could Help Veterans 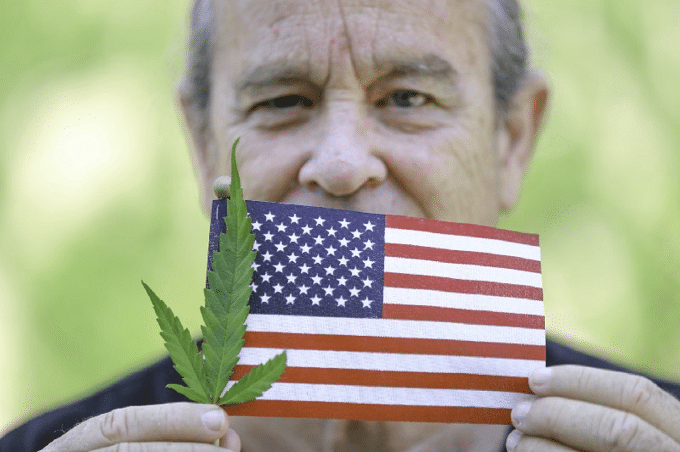 According to Dr. Stephen Hunt, national director of the US Department of Veterans Affairs Post Deployment Integrative Care Initiative, veterans represent a unique part of the general population that whose health needs need to be addressed.

“Folks returning from combat have a constellation of health concerns, including physical issues, psychological issues, and psychosocial issues concerning things like work and family,” Hunt says.

Servicemen and women are exposed to some of the most terrible acts of violence that many of us wouldn’t even want to imagine.

Combat is a horrific, life-threatening experience that, for some, isn’t easily forgotten.

The exposure to such disturbing events is something responsible for the myriad of men and women who have served our country to develop a mental illness or other unfortunate mental anguish.

Then there is the physical damage being in the military and experiencing combat can do to an individual’s body.

A little over half of all post-deployment veterans have lingering pain in their backs, necks, shoulders, and knees.

Here’s how CBD can help.

It’s estimated that more than half of the veterans treated by the Veterans Health Administration (VHA) centers across the country are affected by chronic pain.

According to the National Center for Complementary and Integrative Health (NCCIH), 9.1% of veterans, compared to 6.4% of civilians experiences severe pain on a regular basis.

Veterans that do seek treatment for their pain are often prescribed two or more opioid drugs, the most common being oxycodone, hydrocodone, and codeine.

And while it’s been reported that the number of veterans prescribed opioids has decreased, opioids are still some of the most addicting substances that exist.

It’s no secret we’re in the midst of an opioid crisis in the US, something that many veterans are far too familiar with.

Here’s one area where CBD can help. Research shows that CBD and other cannabinoids can be effective at managing difficult to treat pain.

It’s also widely accepted that both CBD and THC are beneficial for chronic neuropathic pain, whether used alone or in combination.

Both cannabinoids also offer promise as a treatment for traumatic brain injury, something that has been called a “signature injury” of service in Iraq and Afghanistan.

Hands down, one of the most common conditions that veterans develop is post-traumatic stress disorder (PTSD).

Not everyone who goes to combat will return with PTSD, but for many it’s an all too common reality and not something many seek treatment for.

While PTSD statistics can become a bit blurred, it’s estimated that 50% of veterans that do have PTSD won’t seek treatment whatsoever.

CBD, while not considered a “treatment” per say, is something that has shown to benefit CBD.

Not only is it widely available, but it’s something vets can take without “seeking treatment.”

According to research, current therapies for PTSD don’t work as well as intended and come with considerable side effects.

Research has discovered that individuals with PTSD have lower levels of anandamide, an endocannabinoid responsible for feelings of wellbeing, memory, motivation, and more, than those who don’t suffer from PTSD.

This has led experts to speculate that PTSD is associated with a deficiency in the endocannabinoid system.

CB1 receptors, found in the brain and central nervous system, are known to mediate several functions throughout the body.

Some of these include adapting to stress, emotional learning, and the eradication of fear.

It’s been established that “normal” CB1 function helps to switch off traumatic memories and allows us to forget these distressing situations.

While CBD doesn’t bind to CB1 receptors directly, it does have a powerful effect in increasing anandamide levels.

It works by inhibiting the FAAH enzyme that breaks down anandamide in the body.

When there is less FAAH, degradation of anandamide is inhibited. Decreased FAAH means an increase in anandamide.

Preclinical studies in animal models have found that CBD not only eradicate aversive memories but can also block them from returning.

And while research on CBD in human trials has been limited, there are human trials that show promise for CBD in the treatment of PTSD.

A 2016 report, for example, found that a 10-year-old girl with PTSD took at least 25mg of CBD daily for 5 months and maintained a decrease in anxiety and a notable improvement in sleep quality and quantity.

For a 2014 study, 80 patients were given medical cannabis for PTSD. Results of the study found a 75% reduction in their overall symptoms.

A 2018 review that looked at current animal and human studies of CBD for PTSD concluded that CBD could offer several therapeutic benefits for disorders that are related to traumatic memories.

Authors of the study noted that “the effects of CBD on the different stages of aversive memory processing make this compound a candidate pharmacological adjunct to psychological therapies for PTSD.” 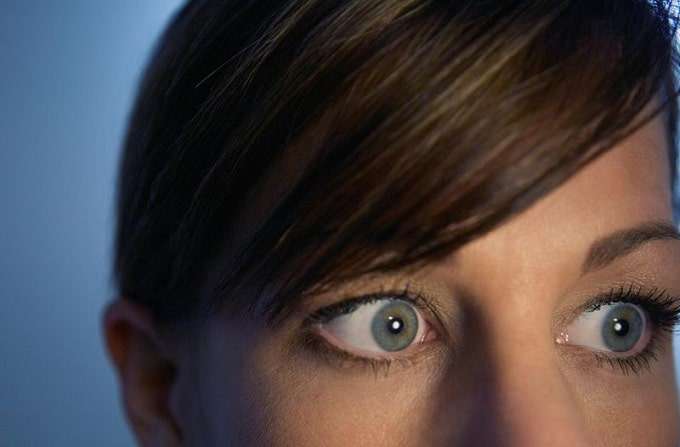 It’s no secret that veterans, especially those who have actively engaged in combat, can easily develop learned fear after exposure to such traumatic events.

Research shows, however, that CBD can be helpful for reducing learned fear and alleviating the anxiety associated with it.

For one, it has shown to disrupt the reactivation of existing memories, which can lead to a decrease in fear when memories are retrieved.

Lastly, CBD has shown help with learned fear that is related to specific cues, such as sounds like fireworks, gunshots, sirens, etc.

Even if a veteran doesn’t develop PTSD, anxiety is an extremely common condition amongst many servicemen and women.

Between 2000-2012, there was a 327% increase in anxiety disorders amongst service members.

Aside from active combat, there are several other influences that can lead veterans to develop anxiety, including long periods of separation from family members, sleep deprivation, sexual assault, discrimination, substance abuse, and more.

In steps CBD. One of the most popular reasons people turn to the non-psychoactive cannabinoid is for the unprecedented ability it contains to reduce or completely eliminate anxiety.

A 2015 review found that existing preclinical evidence “strongly supports” CBD for the treatment of several anxiety disorders including:

Veterans who find they are one of many who have developed chronic anxiety could benefit from regularly taking CBD.

It’s suggested we need at least seven hours of sleep each night to effectively function throughout the day.

Unfortunately, countless veterans don’t get the sleep they need. A 2018 review found that chronic insomnia is highly prevalent among US veterans.

As many as two-thirds of Iraq and Afghanistan military veterans complain of insomnia.

Older vets of prior wars report that insomnia has occurred since initial combat.

Anyone who’s suffered from sleep issues and insomnia knows just how detrimental it can be to one’s overall health and wellbeing.

And while sleeping pills are a multi-billion dollar industry, they weren’t exactly designed to be taken on a long term basis.

Not to mention they can be detrimental to your health.

How exactly can CBD help with sleep?

The way it helps with several other conditions. By bringing balance to the endocannabinoid system.

In a 2017 review found that preliminary research into cannabis and insomnia “suggests that CBD may have therapeutic potential for the treatment of insomnia.” 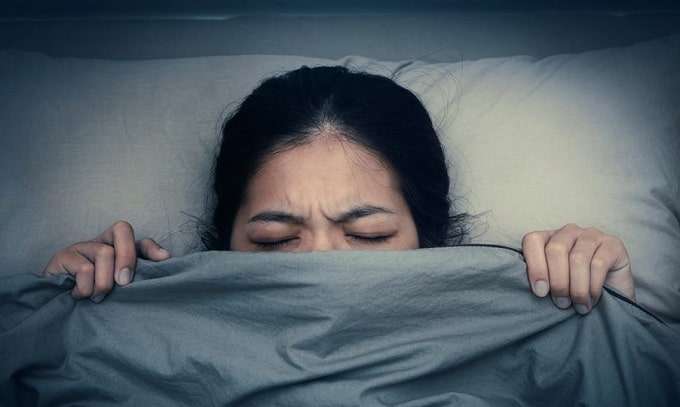 Nightmares amongst veterans are a common occurrence.

Some might have nightmares that play over and over again, much like a replay of a horrible scene that is stuck on repeat.

Whether nightmares about combat itself, a serious accident, the loss of someone close, or simply a manifestation of the strong emotions associated with several aspects of military service, finding a way to end these night terrors is paramount to living a balanced and healthy life.

Nightmares occur during REM sleep, which is the last cycle of sleep we have on a given night.

Research shows that cannabinoids (particularly THC) suppresses REM sleep, which can in turn suppress the nightmares that occur in veterans.

Basically, cannabis can make you dream less or stop dreaming at all.

Nabilone (a synthetic cannabinoid), for example, was initially reported to have resolved or decreased the severity of nightmares in 72% of cases based on a review of 47 patients with at least a two-year history of nightmares related to PTSD.

Increased awareness on the numerous problems our veterans face each and every day is vital.

These men and women have put their lives on the line and deserve access to and information about every treatment available to them.

There are several clinical trials, as well as tons of anecdotal evidence on the efficacy of CBD and THC for helping with many of the problems our veterans are currently facing.

From helping relieving symptoms of PTSD, learned fear, anxiety, and more, there are many veterans that are turning to cannabis, whether in the form of CBD, THC, or a little bit of both.

Are you a veteran who has had success using CBD?

We’d love to hear about your experience in the comments below.-