How Do You Test Edibles? We Asked A Cannabis Cook

How Do You Test Edibles? We Asked A Cannabis Cook by Anthony Elio

Laurie Wolf, founder of Laurie+MaryJane and author of such cannabis-related cookbooks as Cooking with Cannabis and The Medical Marijuana Dispensary, gave us an amazing perspective (and a delicious recipe) for the summer issue of Cannabis & Tech Today. In this unreleased snippet, Wolf details how she tests her delectable edibles.

Cannabis & Tech Today: What is the edible testing process like?

Laurie Wolf: Every time you make a new batch of edibles, they have to be lab tested. And that’s been the case, except you couldn’t really count on reliable results. So when we source our flower, we either have to have the flower tested or we have to purchase it already tested. It would be tested for pesticides and potency. So we need to know the flower, and then we infuse the oil with the flower, and then we test the oil. Once we get the oil test results back, we know how much infused oil will go into a batch of whatever edible it is that we’re making. 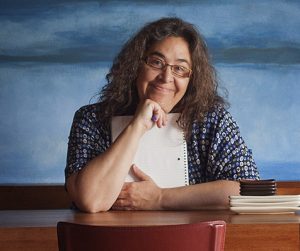 Along with her cookbooks, Laurie Wolf has written recipes for Cannabis & Tech Today, The Cannabist, DOPE Magazine, High Times, and more.

Then, once we’ve made the batch, the lab comes to us and they take random samples of whatever it is we’ve just made and test them for what their potency is and for homogeneity in the batch. So if our batch is 3,000 brownies, the lab will come and I believe they take either 13 or 15 brownies from the different trays that we’ve baked on. Then they have to be within a very small percentage of each other in terms of homogeneity. It might be a five-percent margin.

So the lab comes and takes that, but usually within three to five days we get the results, and then we can pack them up and sell them. Back a few years ago, we weren’t as good as we are now. So there were occasions where in a batch, the brownies came out too potent and we weren’t allowed to sell them. What we did in that situation is we turned the brownies into brownie truffles. So we didn’t have to lose 3,000 of them. We took the brownies and we mixed them with butter cream and now we sell chocolate truffles with a brownie base, and it actually started as a mistake and I think the brownie truffles are our biggest seller.

The same thing happened with the almond cake bites. We had one bad test and now we make almond truffles as well as almond cake bites. So the testing is rigorous. It’s expensive. It’s kind of a pain in the ass. But at the same time, people know that they can count on the potency being the same and being consistent. Even though from a day to day, depending on what you’ve eaten, when you’ve eaten, you can have a slight different reaction. If you eat it on an empty stomach, it might hit you more or be more potent. But at least you know when people buy a container, they’re like 10mg each. People eat either half or a whole, or the whole container. Because people’s tolerance vary so much, there are people who can eat 500mg of THC and barely feel it. But we pride ourselves in a consistent product.

For more information on Laurie Wolf’s delicious edibles and collection of cookbooks, check out the Laurie+MaryJane website.