From the Farm to the Lab: The Future of Cannabinoid Production

From the Farm to the Lab: The Future of Cannabinoid Production by Allen St. Pierre

In the near future, cannabis consumers and medical patients will very likely find themselves purchasing cannabis products that were not derived from the marijuana plant. Instead, the cannabinoids could be derived from yeast, gene graphing, or even moss. If all the quality control, consumer safety, and satisfaction boxes get checked, does the source of the cannabinoids really matter?

There are seemingly endless varieties (strains) of cannabis plants found around the globe, the quality of each being greatly impacted by soil, climate, and weather conditions conducive to maximum botanical potential and crop yield (WeedMaps and Leafly list over 500 different strains of cannabis currently marketed to medical patients and recreational consumers). However, there are effectively only eight components of the cannabis plant that humans most likely benefit from.

The major psychotropic ingredient in the cannabis plant is delta-g-tetrahydrocannabinol, commonly referred to as THC, along with cannabidiol (CBD), cannabinol (CBN), cannabavarin (THCV), cannabigerol (CBG), cannabichromene (CBC), delta-8-THC, cannabicyclol (CBL), cannabitriol (CBT), and cannabielsoin (CBE). In total, there have been 86 cannabinoids identified in nature and others have been synthesized chemically.

There are numerous biotech companies, notably in the nation of Canada where cannabis is 100 percent legal, that are now able to openly pursue scientific processes similarly found in the food, beverage, and consumer products industries, benefiting from brewer’s economics rather than those of farmer’s.

Cannabinoids: From the Greenhouse or the Genetics Lab?

Firstly, for the number of cannabis flower consumers (joints, buds, and loose-leaf), they’ll always have their vegetation-based product to purchase, but the more diverse consumers of concentrate, wax, shatter, edibles, tinctures, and balms in the ever-expanding legal marketplace for marijuana products will very likely be seeing an increased share of the cannabis market being serviced by genetically engineered cannabis components rather than the plants themselves. The economic benefits for the producers are manifest.

However, once scientifically derived, the cost to create genetically modified components of cannabis to that of traditionally cultivated cannabis plants are fractional.

The idea is not new. According to The New York Times, efforts to get yeast to synthesize cannabinoids date back to 2007, when Japanese scientists published a study detailing how they inserted a gene into Pichia pastoris that coaxed it to secrete an enzyme necessary to produce THC. But the researchers did not know all of the other enzymes used by the cannabis plant to make THC. Over the last decade, with the help of cheaper and faster DNA analysis tools, they have found those key genes. 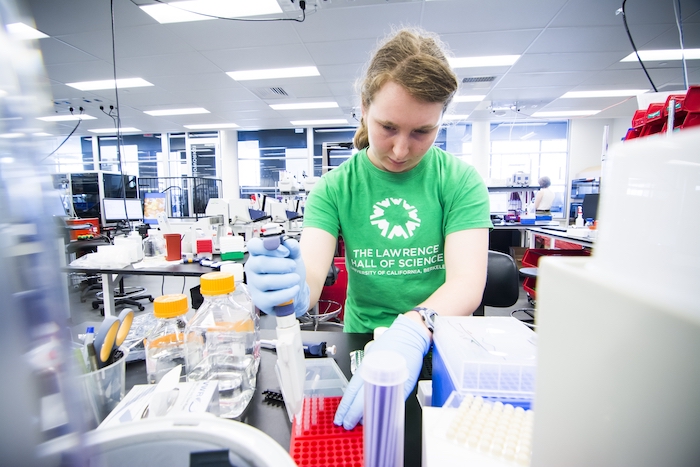 Gingko Bioworks has a 100,000-square-foot facility, over 100 PhDs employed, and phalanxes of robots performing the tedious task of isolating active compounds (cannabinoids) that can be infused with other mediums.

While the first wave of capital investment in a recently legal cannabis industry were largely directed at cultivation facilities (and then, logically, retail facilities), the second wave of ganjapreneurs appear to be focused on “lower input costs.” To remove the myriad of confounding factors and maximize agricultural output (for both outdoor or indoor cultivation), more reliable, predictable, stable, and economical means to produce cannabinoids typify where a considerable amount of capital will be invested in the cannabis space in the coming years.

Apropos, this September, Canadian cannabis company Cronos announced a $122 million agreement deal with Ginkgo Bioworks of Boston to genetically engineer the active ingredients in cannabis. Ginkgo, which cut its teeth in the fragrance industry perfecting similar functions, has a 100,000-square-foot facility, over 100 PhDs employed, and phalanxes of robots performing the tedious task of isolating active compounds that can be infused with other mediums (food, drink, lotion, concentrates, etc.).

Ginkgo is already a well-established biotech player with Bayer AG, Archer Daniels Midland, and Cargill as current partners and investors.

In explaining the deal with Ginkgo to BNN Bloomberg, the technology’s application to the cannabis industry is clear, said Mike Gorenstein, CEO and Chairman of Cronos. For example, a compound called tetrahydrocannabivarin, or THCV, acts as an appetite suppressant, potentially offsetting the “munchies” effect of pot. It appears in very small quantities in the cannabis plant, making it difficult and expensive to produce at scale. Using Ginkgo’s technology, pure THCV can be produced in a lab.

A more cannabis-centric player in this increasingly crowded space is Hyasynth Bio; the Montreal-based biotech’s enzymes and yeast strains have enabled the company to produce cannabinoids such as cannabidiol (CBD) that can be used for cannabis-based products such as beverages or pharmaceuticals.

The CEO of Canadian cannabis company OrganiGram, Greg Engel, told BNN Bloomberg that Hyasynth’s technology is a game-changer, and that their $10 million investment into the company this past September is aimed at helping scale up to commercial production in the coming months.

“There’s always going to be a place for that premium grown [flower] product,” explained Engel to BNN Bloomberg. “But when you start to look at how cannabinoids are going to be produced in the future for various edibles, vaporizable products, etc., this is infinitely scalable at a fraction of the cost.”

Another Ginkgo competitor, San Diego-based Cellibre, says it plans to use microorganisms that will produce cannabinoids more efficiently than Ginkgo. Its CEO, Ben Chiarelli, told The Guardian that their proprietary technology, comparatively, is similar to how insulin was produced in livestock pancreases before it could be synthesized from E. coli. Anandia Laboratories of British Columbia and Amyris of California also labor in the “yeast rather than cellulose” part of the cannabis industry.

Looking at these cases, and the multitude of them, the near future of the cannabis industry may be rooted, not in plants, but in genetic engineering.