Cannabis is one of the most regulated substances in the world. THC to CBD ratios, pesticide concentrations, yeast and mold counts, and a litany of other criteria have to be tested and accounted for before the plant can hit retail shelves. These requirements spurred the rise of cannabis testing laboratories nationwide, with more scientists and biologists entering the field every day. We spoke with Dr. Anthony Smith from EVIO Labs to learn the ins and outs of laboratory science and hear an expert’s insights on this emerging job market.

Cannabis & Tech Today: Why did you shift from studying aging and vascular disease to studying cannabis?

Dr. Anthony Smith: Aging is definitely one of the subjects in my graduate work. All the research we did had some sort of angle related to nutritional biochemistry and natural product medicine. So I definitely did aging stuff, primarily because I’m in an age research lab, but I’ve just been super fascinated with nutritional biochemistry, plant medicine, and natural products as used in medicines my whole life. Along the course of doing other stuff in cannabis and, more recently, medical device and microbiology diagnostics, I just saw a genius opportunity for natural products and what was happening in marijuana medicinally and industrially.

I’ve been doing similar things as a consultant with different nutraceutical companies, like analytical lab testing and manufacturing quality control. We do all that exact kind of stuff today at EVIO, we’re just more focused on the cannabis side of things.

C&T Today: Why is it important to accurately convey the chemical makeup of cannabis?

AS: Aside from contaminants and things like that, which obviously have a huge impact on public safety, I’m passionate about cannabinoids and potency determination for a whole bunch of different reasons. The main reason is product quality and consumer safety. If you eat a little bit of cannabinoid versus a lot, you could potentially get very sick and have a really negative experience. It seems like if you’re a cannabis smoker there’s a limitation on how deeply it affects you. That’s not the case with edible cannabinoids. You can really go off the deep end and get disturbingly ill by eating too much cannabinoid.

So having metrics all along the supply chain about the content and the strength of the raw material, the concentrates, the refined products, it’s really important.

AS: We see it in different stages. In Oregon, what we saw was clients didn’t always understand the whole point of what a lab could do for you. They perceived them as adversarial because the state regulations forced them to do this. Some labs got off to a bad start by not really being an analytical lab and instead became like a paperwork factory. It turned off clients and it turned off the public.

What we’ve seen over the years are companies buying refined concentrate product so they can make it into gummy bears. So they get a piece of paper that comes from a uncertified, non accredited lab that benchmarks it as a certain strength. And they’ll use that concentration to do their dilution math to get a certain amount of milligrams in every gummy bear, for example. If that isn’t an accurate measurement from the beginning, they begin their calculation for what they want to be a standardized product with the wrong number. Then they find out at the very end, because they only took it to get tested at the end, that it’s completely off.

Even something as simple as potency has definitely messed up aspects of the supply chain when it’s not done right. Extractors want to supply dozens and dozens of pounds that they’re going to extract. Well, those dozens of pounds, they may range in strength from trim, fully trimmed bud, parts of it are 5 or 1 percent potency, parts of it are 15 or 20 percent. You just take a single point out of that hundred pounds of cannabis and assume your yield of concentrate math out of it. Again, you start with the wrong number you end up completely wrong. 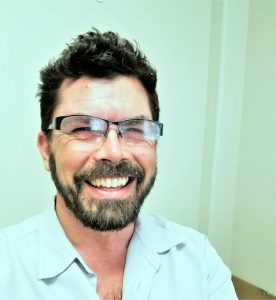 C&T Today: Has potency measurement evolved over the past few years?

AS: It has evolved for sure, in that most serious analysts have migrated almost completely to HPLC or liquid chromatography methods. They’re much faster and more dependable.

Another thing is that you can get really good certified reference standards. Purified individual cannabinoids are how we calibrate the instruments that measure unknown samples. Even a few years ago, there weren’t many suppliers and they were kind of limited quality. Now there’s all the big chemical supply houses that do reference standards for pharmaceutical labs, and things like that have good cannabinoid standards, so it’s gotten pretty standardized. More cutting edge stuff is maybe looking at putting methods together. More and more, especially with mass spectrometry, we’re looking at cost savings putting terpene assay versus potency assay together on the same sample preparation. That’s definitely something that’s changed.

Another big thing that’s changed is clients that have some type of potency measurement in house. Some of them have HPLCs these days. We love that, because we just start working directly with their QC guys and make sure that there’s congruity in measurements. There are these near-IR or near-infrared scanners that some manufacturers have that are not as accurate as lab stuff, but pretty good estimators for cannabinoid potency. It’s definitely a welcome trend, having analytics in our clients QC labs and such.

C&T Today: How do you see the industrialization of cannabis continuing to grow over the next few years?

AS: I’ve been telling my clients this since I started cannabis industry, think of yourself as a nutraceutical company or a natural product manufacturer. It’s not a multiplicative scaling of small kitchen manufacturing, it’s full-scale nutraceutical, natural product manufacturing. That’s where it’s going. Whether it’s vape pens, cannabis-infused edible products, popsicles, even outright, over-the-counter drug delivery products from cannabinoids.

C&T Today: What did you learn during your time on the Oregon Governor’s Task Force?

AS: I learned that everybody in the world is in the starting block and ready to go. Everybody is raring to go and state regulators seem to have completely underestimated what the cannabis industry was wanting to do. And that’s where all the hold up is for courts. And I’m not even speaking in the context of the federal prohibition.

It’s just, everybody is hurrying up to wait. When states have legalized cannabis or at least made lawful paths towards recreational marijuana, it seems the regulators, invariably, have acted under this presumption that there’s a total lack of safety and that any product is going to be completely full of contaminants and illicit drugs. And so, the regulations are really all set up that way. Understandably, because they didn’t know where they were going. But still, all those regs are all just sitting there like that, and they’re very restrictive compared to normal industries.

There’s this desire for standardization for basic research, but on the state level, there’s almost no follow through at all.

In Oregon, there’s a couple of different privately funded groups that want to put a fund together, by which they would just administer research grants to conduct basic research on cannabinoid chemistry, drug development, you name it. Because that stuff can’t really happen at the universities because they’re federally chartered.

So there’s a great interest in having a private research institute, where university researchers can come and conduct research, apply for grants, hire technicians, and publish papers. But there really isn’t any regulatory structure to let that happen, as it turns out. So these kind of things are just out there, waiting in the wings.

C&T Today: What are your thoughts on microdosing?

AS: I think this is the cutting edge of medicinal marijuana. You find a lot of people that are on pain medications can half, or even less, their pain medications instantly with microdosing THC and CBD. So I think that’s cutting edge, in a sense that it’s something that even people who aren’t into “pot” could find a lot of interesting medical uses for.

C&T Today: What advice would you offer those who are interested in entering the field of cannabis chemistry?

AS: There’s a lot of interest. It’s super exciting, because there’s a whole new section of job opportunities that have opened up for people in biotech and chemistry because of the cannabis industry. I think the thing is, because all these chemistry jobs are on the industrial side rather than the research side of R&D, folks that are wanting to go into this as a job should do internships or something to add basic business skills and quality assurance. Quality assurance in manufacturing and in analytical lab stuff is all over the industry but it’s not really taught in college at all.

We have a lot of the same instruments that people are used to seeing in a chemistry research lab, but the pace at which an industrial lab pumps stuff out is often a little shocking to people who come out of research and development.

For more insights from Dr. Anthony Smith, check out “From Potency to Profit” in the fall 2018 issue of Cannabis & Tech Today.