Fad or Fact: A Deeper Look at CBD

Fad or Fact: A Deeper Look at CBD by Anthony Elio

If there’s one thing that the U.S. seems to enjoy, it’s health fads.

There has been no shortage of health-conscious trends that have made their way into the public eye only to become yesterday’s news in a matter of months.

Keto dieting, kale integration, juice cleansing, gluten avoidance, and even colonic hydrotherapy are just a few examples of health fads that seemed like they were going to change the world, only to quickly become a relic of their time.

This has led to CBD being considered a wonder drug by some and snake oil by others.

There’s no doubt that CBD is very much “in” right now.

Beyond the profits, curiosities have greatly piqued, as Google Trends shows that “CBD” has been searched more often than the term “cannabis” since June 2017, peaking in popularity in May of this year.

However, in speaking with those outside of the cannabis world, the general public seems split, with conversations both online and in-person debating the validity of the substance and the sustainability of its popularity.

Publications such as the Chicago Tribune, The Guardian, and The Boston Globe have questioned whether the CBD trend will continue, with others literally referring to it as a “fad.”

Part of this skepticism may be the way the substance itself has been marketed. 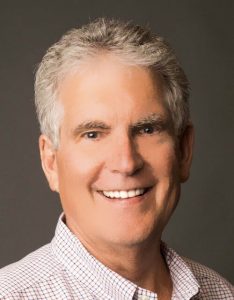 Going from a relatively unknown substance to popping up in every type of product from edibles to body lotion may make some users skeptical, as it harkens to the sudden “natural” trend of years past, where suddenly potato chips and sodas were highlighting the “natural ingredients” they’ve incorporated.

This is backed up by experts within the field itself, such as Wayne Lee, who sees one sole reason for this CBD doubt:

“On social media, billboards, dispensaries, and even in gas stations, we see CBD is constantly advertised … CBD is available as oils and edibles, and is now being introduced into many different beverages, foodstuffs, cosmetics and more.”

Considering he is the CEO of Lee Enterprises, the largest bioeconomy consulting group in the world, Lee’s words should not be taken lightly.

Too good to be true? 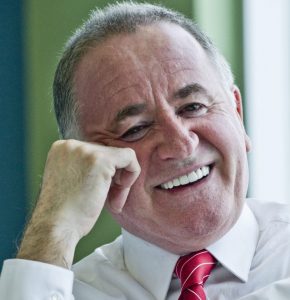 Another issue stems from CBD’s claimed benefits, which, depending on the manufacturer, seem to vary from easing anxiety to curing cancer.

According to Dr. Brian Goodall, the expert on cannabis, oil extractions, and nutraceutical formulations at Lee Enterprises Consulting, “I think the question is not a matter of the health benefits that people may not know about, but rather more of an issue as to whether these claims are real.”

Dr. Goodall also notes that, while there are proven benefits in terms of relaxation, stress relief, sleep enhancement, and an impact on certain forms of epilepsy, further research and testing are coming in the future.

But how can this “fad” perception of CBD actually be turned around?

Because there is still a need for additional clarity in terms of medical benefits, CBD may need more of a word-of-mouth trial as it continues to grow.

As Goodall explains, “For $50, a consumer can buy drops from a dispensary or online and try it. If it helps, they will order again and tell their friends, and if it doesn’t, then they won’t. So the next 12-24 months will be a pivotal boom-or-bust time.”

Considering the aforementioned Statista article predicts CBD to be a $1.5 billion industry within the next 24 months, time, and further research, will tell if CBD will become a health staple or be laid to rest among the likes of the Atkins and gluten-free diets.”

This article was originally featured in the Winter 2019 issue of Cannabis & Tech Today.