New research has shown that the benefits of CBD aren’t limited to just humans and their pets. In fact, many animals, mammals, and reptiles, as well as invertebrates, have endocannabinoid systems that function in very similar ways. 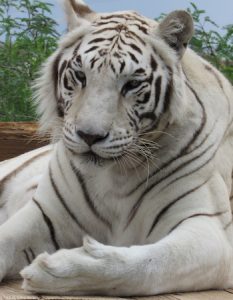 As a CBD Hemp Researcher and the founder of Source CBD, I have been working on these experimental treatments with a number of exotic animals, ranging from a rare Bengal tiger named Chalet suffering from lung cancer and an African lion named Khumba that suffers from anxiety to an exotic albino Boa constrictor with a large tumor.

When we first met Apollo in January 2018, he was on hiatus from being the star of the snake show at Out of Africa Wildlife Park. At 130 pounds, this rare albino yellow Boa extends almost 12 feet long and is incredibly strong. Apollo developed a grapefruit-size fatty tumor in his body that grew to over five inches wide and was putting immense pressure on his internal organs, which would eventually lead to death if not treated.

During his experimental CBD treatments, we had to work around his weekly feeding patterns, as a snake feeds only once a week, metabolizing that food over a seven-day period. In addressing this unique feeding schedule, we supplied Apollo with a 100-milligram dose per feeding for a period of seven weeks, during which we documented tumor reduction by more than 80 percent until it was reduced to approximately one inch in size. These support treatments were recently documented by CBS news affiliates in Arizona at the Out of Africa Wildlife Park. 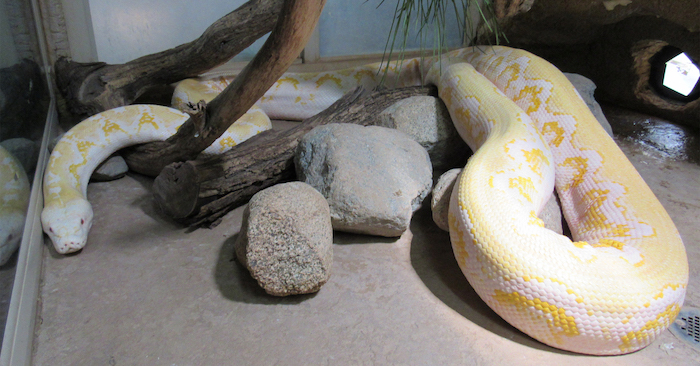 Now, Apollo is living a happy and healthy life and is back to entertaining the many thousands
of visitors that come to the wildlife park to experience these rare and exotic creatures
each year.

With the benefits of continued research and added credibility based on the hard work of so many, the industry has now found upward mobility, and CBD-focused research, in many ways, has trended beyond what many believed it ever could. It has led to new groundbreaking treatments that can be
applied to a number of species and continues to justify the direction that we are heading in forming national and international policies to ensure the success and continued impact of this industry.