Ebbu Founder Jon Cooper on Consistency in the Cannabis Market

With more than 1,500 inventions and over 40 cannabis-related patents, it’s not surprising that ebbu was recently acquired by powerhouse Canopy Growth for more than $330 million. Some of the biggest names in cannabis are choosing ebbu to formulate their products because the company is doing something very few others in the space are able to do: create customized formulations for consistent user experiences. We spoke with ebbu Founder and CEO Jon Cooper to learn how his company is doing such innovative work and discover his secret for formulating impactful cannabinoid combinations.

Cannabis & Tech Today: How does ebbu create consistency in their formulations? 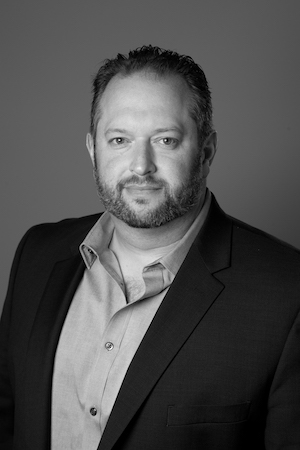 Jon Cooper: To create consistency, we first had to think, could we create consistency from the plant? In other words, what most people do today is take an extract from the plant and put that directly into the product. When we looked at the plant, we started realizing it wasn’t possible. In fact, we even took it to extreme levels where we examined trichomes that were literally on the same leaf, right next to each other, and put them in a fluorescence microscope. It allowed us to understand the chemical compositions and what’s actually in these different trichomes right next to each other. To our surprise, they were different. We’re dealing with dozens and dozens of active compounds all being created inconsistently in this plant. We came to the realization that it was never going to happen; we could never take an extract from the plant and create a consistent product.

With that in mind, we at ebbu started asking, “What if we just take all of the core compounds of what we want, we separate them out, and we rebuild from scratch every time?” We take the plant – it doesn’t matter what plant comes in – and all the THC ends up in the THC bucket, all the CBD ends up in the CBD bucket, CBG, CBC, THCV, etc., and then we build them from scratch.

The bigger ultimate question here is, “How does this work?” “Why does this work?” And that’s actually the core and the heart of what we do as a company. We’ve been trying to learn how cannabinoids and terpenoids work in the body and determine how we can produce the right type of products and truly efficacious medicine for different medical conditions.

C&T Today: How would you describe the entourage effect and its role in mood modulation?

Jon Cooper: I think for most people, their understanding of the entourage effect is that, by taking all the different compounds in the plants, taking the full spectrum, you’re going to end up with a better result than just using an isolated compound. The reality is, that’s the wrong way of thinking about this. This isn’t magic. There are specific combinations of exact compounds that are interacting with receptors in your body, and depending on that specific combination of cannabinoids and terpenes, you’re going to see dramatically different effects.

To give you an example, if we give you pure THC and apply that to the CB1 receptor (the one that makes you feel high), and we measure that, we’re only going to see a 40 percent reaction. Most people think that’s going to be the highest high you can have.

But, if we reduce the amount of THC and add in a couple of very specific cannabinoids and a couple of very specific terpenes in a specific ratio, we can boost that reaction to over 80 percent while tripling the potency. If we choose other cannabinoids and terpenes, we can actually reduce that reaction to under 15 percent while wiping out the potency. That’s just a good example to help you understand how important it is to have the right combination of cannabinoids and terpenes put together, in order to create either the product that you’re looking to deliver into the marketplace, or as a consumer, the product you’re looking to have.

C&T Today: How do reliability and consistency impact consumer preferences?

Jon Cooper: If cannabis is going to grow, it really has to focus on the mainstream audience. A mainstream audience is not going to accept an inconsistent psychoactive product. Could you imagine drinking a light beer and not really feeling anything, but because it’s wildly inconsistent, the next one is like taking four shots of scotch? Alcohol, possibly, would not even be legal right now if it was inconsistent. The reason why drinking a beer or multiple different beers works is that the individual is always in control. And ultimately, this is about control and trust. Those are the two most important words when it comes down to it. So, if we are going to create a mainstream audience, what’s going to really matter is how we deliver control and trust. In order to deliver control and trust, you have to deliver a consistent product that users are going to start adopting and understanding so they can create a relationship with the brand.

C&T Today: Do you see the field of cannabis research playing a more vital role in the industry as legalization continues, and how will ebbu contribute to that?

Jon Cooper: Definitely. Cannabis research is really the heart and soul of what’s going to be the future of this industry. There’s not one aspect of this industry that won’t be transformed over the next five to ten years by technology that people are working on today.

The world today primarily only has access to THC and CBD. Soon, we will have access to 10 or 20 cannabinoids. That’s going to create a massive shift, the cost of growing the actual cannabinoids is going to drop probably 50 to 80 percent. I think for a lot of people, the most important question you have to ask yourself is, are you a cannabis company or are you a cannabinoid company? Once you actually understand that, it allows you to start rethinking your business. For most people who are trying to go mainstream, you are not a cannabis business, you are truly a cannabinoid business and you need to unleash the potential of what that means.