Drug discourse in Britain is full of hypocrisy, it’s time for change

The drug conversation within UK politics is muddied waters. MPs will talk openly about their drug use without fear of real repercussions, whilst they demonise and reprimand the public for the same behaviours. From Boris Johnson to Michael Gove, there are multiple reports of Conservative Members of Parliament dabbling with drugs such as cannabis and cocaine.

You may be thinking, so what? Taking recreational drugs at some point in your life is quite commonplace. Even cold-hearted Conservatives are partial to a hedonistic night or two, right? The real issue here lies with the repercussions, or the lack thereof. A few Guardian articles are published and a self-imposed slap on the wrist that often involves the phrase – ‘it was a mistake,’ or ‘it was years ago’– often happens, and that’s pretty much it. Meanwhile, Labour MP Diane Abbott is pictured on the London Overground innocently enjoying an M&S mojito and every right-wing tabloid newspaper is out to destroy her political career. She received such a barrage of criticism that she took to Twitter to publicly apologise. 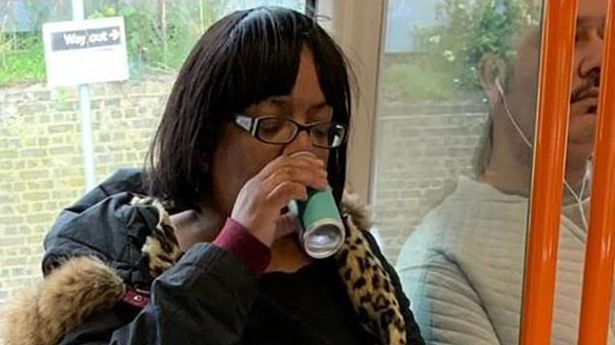 The hypocrisy around drug and alcohol discourse in Britain is nothing new, and Abbott’s experience is indicative of something much more insidious. For the elite, talking about drug use is becoming increasingly normalised. Gove has even been accused of discussing his cocaine use as an attempt to increase his profile, whilst the media perpetuates the age-old narrative about working-class and ethnic minority drug users; They’re immoral. Depraved. Criminal.

Between 2019 and 2020, 63% of stop and searches that occurred were seeking out controlled substances – mainly cannabis. Black people were 8.9 times more likely to be searched than white people, despite being no more likely to use drugs. This punitive approach continues to target minorities the most, whilst the elite face no consequences. Green Party MP Caroline Lucas discussed this herself in a tweet, calling out the ‘rank hypocrisy’ of ministers talking freely about their own drug-taking, whilst creating and pedalling harsh and ineffective policies. These policies target BAME and working-class people, and it was found that Black people found in possession of a controlled substance are less likely to receive an out-of-court settlement than their White counterparts. In contrast, Julian Bennett, the Metropolitan Police Commander who wrote the force’s current drug strategy simply refused to provide a drug sample after there was reason to believe he took cannabis, LSD and magic mushrooms on a holiday between 2019 and 2020. He has been suspended since July 2021 with full pay, whilst 41,900 people across England and Wales were charged with drug-related offences last year. It’s safe to say Bennett was not one of them.

One thing is clear; the no-tolerance policy on controlled substances does not work. It doesn’t stop consumption, it doesn’t prevent addiction, and it disproportionately affects those unfairly targeted. It is all well and good for Johnson’s spokesperson to release a statement arguing that illegal drugs ‘destroy lives and fuel violence’, but those words feel particularly sanctimonious when traces of cocaine were found all over the House of Commons’ toilets in December 2021. To summarise, if you’re working class or a minority, your drug use is dangerous and dirty. If you have money, wealth, or power, it’s a fun little addition to your Christmas office party – a party that occurred during nationwide Covid restrictions, in case anyone forgot.

if you’re working class or a minority, your drug use is dangerous and dirty. If you have money, wealth, or power, it’s a fun little addition to your Christmas office party

Though the current drug policy in the UK is biased and ineffective, Mayor of London Sadiq Khan is hoping to implement a pilot scheme that attempts to tackle this in some way. This scheme would involve three London boroughs, and champions counselling and drug-information classes for under-25s caught with small quantities of cannabis, as opposed to criminalisation. Despite not having the legal power to change the laws surrounding cannabis on his own, there is hope that it will spark an impactful conversation about drug discourse. A survey found that over half of Britons (and almost two-thirds of Londoners) already support the legalisation of cannabis, so it is clear that Khan’s views align with the public consensus. Meanwhile, the police, judicial systems and even the media continue to point their fingers at a particular ‘type’ of drug user, adding to the harmful stereotypes that are already ingrained in our society.