In this exclusive interview, Tim Cullen, CEO of Colorado Harvest Company, shares the events that led to his Breaking Bad-style switch from teaching high schoolers to selling illicit drugs. His precision growing techniques and years of regulatory compliance expertise combined with a wealth of retail and marketing knowledge have made Cullen one of the industry’s most successful entrepreneurs.

Cannabis & Tech Today: How did your brand start and how does it fit into the overall cannabis industry? 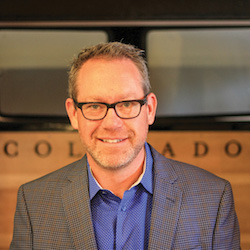 Tim Cullen: Colorado Harvest Company started in October 2009, so we just had our eight year anniversary. Colorado Harvest Company existed before the Marijuana Enforcement Division, before licensing, before rules and regulations, before anything really. So we’ve had this unique perspective on the growth of the industry in the sense that we’ve kind of been there since the very beginning of it. And so we’ve watched it just evolve and evolve. One of the constants in the business is: Don’t get too comfortable with anything, because it’s always going to change.

In October of last year, there were relatively small tweaks around the potency sticker on edibles and concentrates. Should it be a circle, or a square, or both, or neither, or bold, or twelve-point font? And it was just little, bitty tweaks like that. Now that’s sort of refreshing to see that granular level of adjustment as opposed to changing all the packaging requirements for all the products.

C&T Today: Has the current administration caused any particular problems in that regard?

Tim Cullen: That hasn’t really changed much about how we go about our days. I mean, we’ve been federally illegal for the last eight years, so my skin is just growing thick to that idea. I wake up and kiss my  kids and wife and go off to work and commit felonies all day and then come home and have dinner. At first it was more nerve-wracking than it is now. Now [it] is more trying to deal with a state like Colorado that has legalized marijuana, and has a healthy medical marijuana program, also bumping heads with federal organizations that don’t even recognize marijuana as even existing on the planet.

A good example of that would be the issue with pesticides or any type of pest control. It’s the Environmental Protection Agency that writes the verbiage on the bags. It starts with its violation of federal law to use this product. And then, of course, they don’t list cannabis as one of the uses, just in the same way as that they wouldn’t list coca plants, or any other illegal plants as being okay to use this product on. And it’s the Department of Agriculture at the state level that enforces these EPA rules and decides whether a product is being used in accordance to labeling or not.

So you have this federal group that doesn’t list cannabis anywhere, and then you have this state group that’s trying to enforce these federal rules within a state where cannabis is not only legal, and licensed, and tax-paying, but also has the need for pest control. So what are you able to put on these things and not be in violation?

So we’re just in this gray area where there’s a lot of public acceptance, but all the rules have not changed in a way that reflects marijuana companies as being legal tax-paying entities within the whole demographic of companies across the country. There’s still issues with insurance, with taxes, with banking. Anything you’re looking for, you can find a company that won’t work with you because you are a marijuana company. And that’s frustrating.

C&T Today: How would you describe the change in the overall workforce over the year? What kind of character is this attracting?

Tim Cullen: I’ve watched that evolution. Like, five years ago, I could put an ad on Craigslist on Friday, and open it again on Monday, and 300 people would respond. And today, I could put an ad on Craigslist, and open it on Monday, and maybe get three people to respond. And maybe those three people aren’t even qualified, so we’ve had to change our hiring practices as well.

Colorado Harvest Company has grown from one employee, which is me, at the very beginning to about 70 people on our payroll right now, and so, unfortunately, it has had to get more corporate. I mean, we have an employee handbook, and an onboarding process, and a training process, and people get to sit down and select their insurance plans. And it is much more corporate in that sense but also some of that corporate ideology that we’ve had to adopt is also the reason that I can take the weekends off, and my phone doesn’t ring all the time…It kind of creates a chain of command that makes life easier. 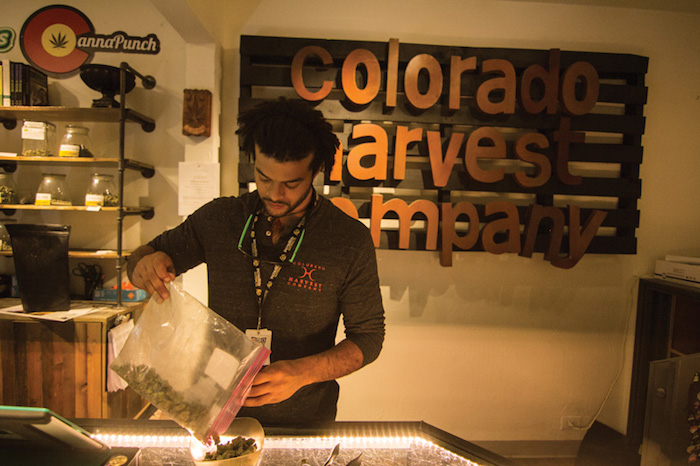 C&T Today: What was it like to found this kind of company in retrospect?

Tim Cullen: It’s a funny story. I’m a medical marijuana patient, and so is my father. We both have Crohn’s disease. My undergrad is in biology, and I’ve always enjoyed plants. And I’ve always had big gardens at my houses and such. So when medical marijuana came to be… I cleared out some of my basement. And I had this cool little laboratory to work with because I was really taking a scientific approach to it. I was really fascinated with the different results you could get from different nutrients, and different lighting, and different environmental controls…But I didn’t realize I was training for anything. It was just a fun little hobby on the side.

And then, in 2008, I started seeing some retail stores pop up. And I was like, “I had no idea that this was even allowed.” And I started going into them to check them all out. And all these stores that I went into had more people with backpacks selling wares to the store than customers who were shopping there. And I thought, “That’s just crazy. How has no one stepped up, doing supply for these companies and setting up a contract with them? And why are they shopping from random people coming in off the street?” And so that was the original business plan with Colorado Harvest Company.

I had an opportunity to lease a building, and it was all going to work. I was a high school biology teacher at the time, so it was kind of a Breaking Bad story a little bit there. I went on vacation with my wife who was also a teacher at the time, and we just talked about it a lot, and she said, “I think you should do it. I think there’s never going to be another opportunity like this. If it doesn’t work out you can always go back to teaching science again. Give it a go and see where it goes.”

And then 2010, the rules changed. House Bill 1284 was passed, so it laid the groundwork for all the rules we play by now on the medical side. And that’s when vertical integration came into our lives. If you owned a grow, you had to own a retail store. If you owned a retail, you had to own a grow. And that started the whole series of lunch meetings with all these nefarious characters. And I finally came home and told my wife, “I think I’m going to go out of business. I can’t find anyone who I would partner up with. There’s just no one that I’m respecting that I’m meeting here. And I don’t have a dispensary. I’m about to be out in violation of these rules.”

So I called the City of Denver, and they said I can open a dispensary in the building that I had, even though it was a terrible retail location. So the first Colorado Harvest Company store that opened was not even meant to really drive business. I didn’t even think anyone would come to it. It was in a terrible place. But it complied with the rules, and so it allowed me to keep going. And then, we were able to acquire more and better locations through time.

And I was able to take on a partner who had a great retail location and was really savvy on the retail side as far as marketing and merchandising and promotions and running a retail store. I worked in some retail stores in college, but that doesn’t qualify you to run or own one. And so, he was able to help me with that side of it, and I was already good at the plant production side. And we just made a good team. And so we started off like that and a couple years later launched O.penVAPE.

And then O.penVAPE took off like a rock star with a number one hit single. And it has blown up to be probably the largest marijuana company in the world today. And so for a short period of time, about six months, we were both working at Harvest Company, and both working at O.penVAPE. And then finally, after the fourth week in a row of eighty-hour work weeks, he says, “Hey man, which one do you want, ‘cause we both can’t do both of these, like we’re totally ineffective.” He said, “I want to see that O.penVAPE idea through, and I’m really excited about it,” and then stopped showing up to Colorado Harvest Company. I have it from here. So he became the CEO of O.penVAPE, and I run this side of it. So we are still partners. He just represents me down there, and I represent him over here.

So we sort of situated ourselves in the middle of the pack in terms of having more than one store but less than 16 stores. And just being able to be a nice little neighborhood boutique cannabis chain that provides really quality customer service, and quality products, and a lot of inventory to choose from. And I think we have a nice tight little ship that we get to drive around here. We’re not the tallest blade of grass, but we’re not bottom feeders either. Yeah, so we’ve been able to find a nice little niche in the market, and we are happy where we are.