Serotonin is a essential amino acid tryptophan that nerve cells produce in order to send signals between each persons nerve cells. It can effect the mood and feelings of each of us, how we sleep and even our libibo. Serotonin is found for the most part in the digestive system, in blood platelets and throughout the central nervous system.

Serotonin is known to aid sleep, a natural alternative CBD is known for quite a lot of things these days, one of which is also sleep! It appears at times as if there is very little that CBD cannot do to improve one’s health and wellness. More people than ever are talking about the cannabinoid and its impact on their lives, even the FDA held its first public hearing on the substance just last Friday. However more tests to back up the effect of cbd on serotonin or even sleep is still needed.

Serotonin is the neurotransmitter and a chemical in the human body that sends messages between nerve cells and in effect helps regulate, among other things, sleep, sex drive, mood, social behaviour, and many more functions besides.

If the levels of serotonin lower, it puts people at a greater risk of conditions like sleeplessness, lack of focus and even depression and anxiety, insomnia.

The benefit of CBD is CBD can mimic the effects of serotonin? It does this by binding and activating your body’s 5-HT1A serotonin receptors. This is what is suspected of being the cause of CBD’s powerful anti-anxiety effects. But what this means is that CBD could potentially be extremely powerful in combating depression and anxiety.

More and more people are turning to CBD, both young and old to help them with their mental wellbeing, although there has been very little research done in the field to evaluate its use against depression. Indeed most of it has been conducted on animals where CBD has proved good for dogs. There are however positive indications that CBD might be used more often in the future to fight depression. Here we look at how CBD interacts with your body.

As we shall discuss further on, their presence creates a serious effect on the body’s serotonin levels.

What is the Endocannabinoid System?

Before we go any further, let’s have a quick recap. The endocannabinoid system is made up of molecules and receptors that occur naturally within every human body. It consists of CB1 receptors in the brain and CB2 receptors which are usually found in immune cells.

We explain why CBD may be an aid to Serotonin?

Research is limited in many cases to animals due to the fact CBD is quite new, however it is positive news, recently a study of lab mice found that using a chemical that mimics CBD could provide strong anti-depression effects. A crucial element of this study, which was published in European Neuropsychopharmacology, occurred when the researchers blocked the serotonin receptors. Once they had blocked the serotonin receptors this had the effects of the mimicking chemical no longer provided the same calming effects. What this suggested to researchers was that cannabinoids and the serotonin system are linked together and can work with one another. 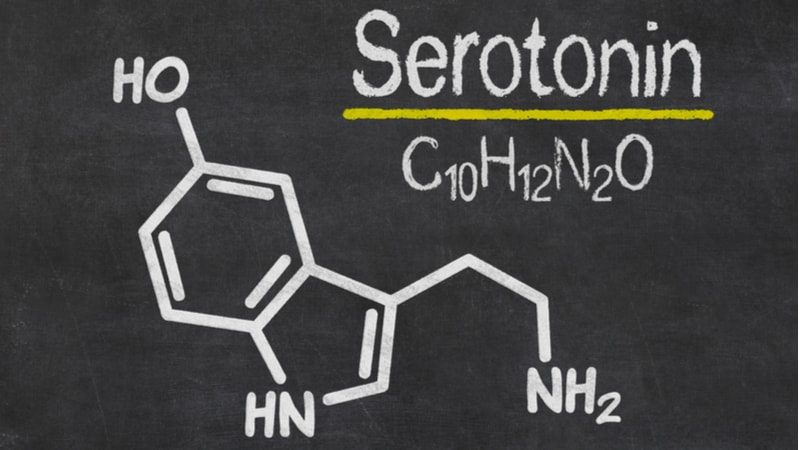 Ten years ago in 2011, a research paper was published in Behavioural Brain Research that demonstrated how increased levels of endocannabinoids made antidepressants more effective. This showed that not only that but by blocking the CB1 receptors in the body researchers could stop the antidepressants working altogether.

Both of those studies drive home the point that the endocannabinoid and serotonergic systems are inextricably linked. Therefore, use of cannabinoids to supplement is naturally occurring endocannabinoids can help us to achieve homeostasis with greater efficiency.

We believe over the coming decade the anecdotal evidence that CBD and many even all of the plant will be show to have effects on the human body that will surprise and hopefully delight not just us but the world population as we all look for a life of harmony, peace and good nights sleep!

Related stories: Is the CBD boom way ahead of science?