CBD for Golfers: Why Golfers are Turning to CBD

CBD and sports go hand in hand. Professional ball players praise the power of the non-psychoactive cannabinoid. Long distance runners love it. MMA athletes have contributed to making it famous.

It should come as no surprise that golfers are finding the same benefits in CBD that countless other athletes are game to. There happens to be more than one PGA professional that has incorporated CBD into their game.

Bubba Watson recently partnered with cbdMD, sporting their logo on both sides of his visor in the 2019 PGA Championships.

Scott McCarron is also no stranger to CBD, using it regularly for several reasons, including sleep, anxiety, inflammation and recovery.

Before we get into the benefits of CBD for golfers, let’s take a look at how CBD benefits athletes in general to get a better idea of why more and more golfers are turning towards CBD. 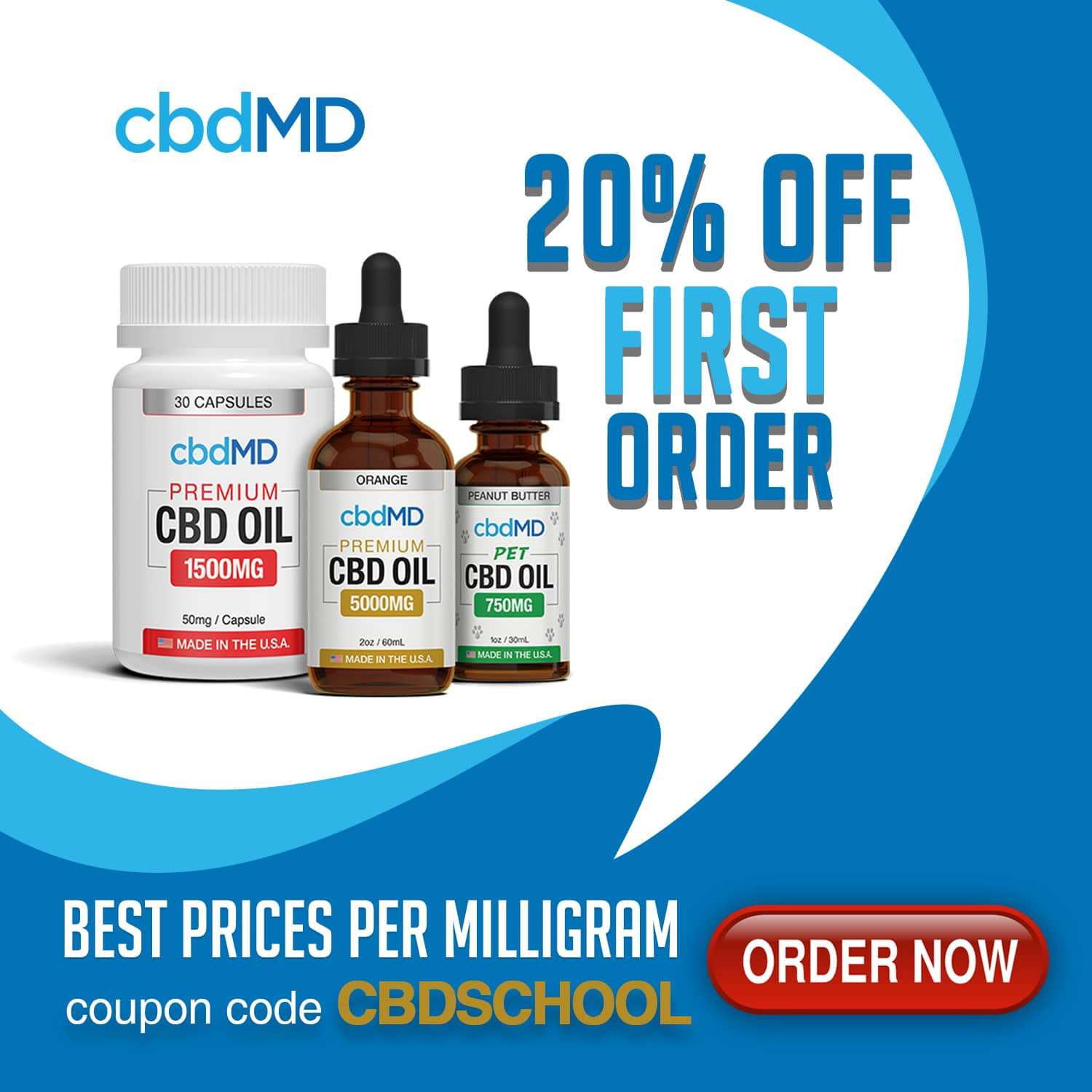 How Does CBD Benefit Athletes?

It’s no secret that CBD has taken the world by storm. With a wide range of therapeutic promise, CBD has shown to hold benefit for just about everyone. In the world of sports, amateur and professional athletes alike have discovered CBD to contain several benefits, both on and off the playing field.

Following, you’ll find some of the top reasons athletes of all kinds are finding benefit in CBD.

By far, one of the biggest benefits athletes find with CBD is its ability to relieve pain. Many are finding CBD is a great replacement for over-the-counter non-steroidal anti-inflammatory drugs (NSAIDs) such as ibuprofen (Advil and Motrin) and naproxen sodium (Aleve). Why the big switch from OTC pain-relievers athletes have been using for years?

As it turns out, these easily acquired pain relievers aren’t as safe as they’re widely believed to be. Especially when used regularly, something common amongst athletes. Take ibuprofen, for example. Research shows there are some very real risks associated with using painkillers like Advil, especially with extended use and higher dosages. Think an increased risk for developing heart problems, gastrointestinal bleeding, hearing loss and kidney disease.

No wonder more athletes than ever before are turning towards CBD for pain management! Research indicates that CBD is considered safe, non-toxic and well-tolerated in humans even when used in high doses (up to 1,500mg/day). Advil, not so much. Is CBD better than Advil for pain? While we can’t make any health claims, countless athletes seem to be ditching OTC pain relievers like Advil and Aleve and embracing the natural pain-relieving benefits of CBD instead.

Whether playing for fun or as a profession, any athlete can attest that pre-game stress and anxiety is real. It doesn’t matter how mentally prepared you might think you are or how much you’ve trained, most people who engage in sports still get a bit nervous before they play.

While Dr. Patrick Cohen, mental training expert and founder of Peak Performance Sports says that “in the right amount, stress helps you prepare, focus and perform at your optimal level,” experience high levels of stress prior to sports performance can be crippling and seriously affect your game.

CBD works to alleviate anxiety by interacting with several receptors throughout the body that regulate fear and anxiety. CBD has also shown to work in harmony with neural circuits in the brain that mediate fear extinction. It’s basically famous for its anti-anxiety effects, with current research indicating that “CBD has considerable potential as a treatment for multiple anxiety disorders.”

There are several athletes that contest CBD helps improve their overall athletic performance.

While there aren’t any studies that actually prove CBD will improve performance, it’s ability to relieve anxiety without altering one’s thinking or judgement in any way is one reason several athletes praise the cannabinoid for helping improve their athletic performance.

Many athletes, both professional and amateur say that CBD allows them to approach a big game without worry, while keeping their minds focused on what’s happening in the moment.

When it comes to sports, injuries are often inevitable. It’s been said that how well you recover is just as important as how you train and perform. Any athlete knows that in order to stay on top of their game, successfully recovering from any injury or strain on the body is of vital importance.

How exactly does CBD contribute to quicker recovery when it comes to sports injuries?

For one, it’s awesome for inflammation and can seriously ease muscle soreness and post-game pain.

Something else? CBD could speed up recovery from sports injuries. This is because of its ability to reduce inflammation and ease pain. Nate Diaz claims CBD not only helps offer pain relief and reduce inflammation after a fight, but also recover faster from injuries he’s sustained.

According to Golf Digest, CBD could be golf’s magic potion.

Can the non-psychoactive cannabinoid everyone’s talking about really improve your game?

Several PGA pros seem to think so. From pain and inflammation relief to soothing pre-game anxiety and improving focus and concentration, CBD might indeed be just what golfers need.

How Can CBD Benefit Golfers?

CBD hasn’t made a name in the golf scene for nothing. As it turns out, the non-psychoactive cannabinoid can benefit golfers in more ways than one. Following are three ways CBD can be of serious benefit to those who commonly swing a club.

Golf isn’t nearly as strenuous as many other sports, but this doesn’t mean that it doesn’t take a physical toll. Golf takes serious practice, and just one’s swing alone can seriously stress the body. While golfers might not experience some of the more serious injuries that are common in more strenuous sports, that doesn’t mean the game doesn’t come without its fair share of injuries.

Some of the most common injuries in golf include:

With CBD’s pain-relieving abilities, it’s no wonder that more and more golfers are finding the cannabinoid to offer some serious physical support.

2. CBD Could Help Alleviate Anxiety Before Stepping on the Course

Anyone who’s ever played also knows the game of golf can be especially nerve-wracking. If you experience a bit of anxiety when teeing off,  in those moments you’re forced to pull out your sand wedge or putting for par, you’re certainly not alone.

Just as it works to reduce pre-game anxiety for other athletes, CBD could help golfers with any anxiety they feel before and throughout the game. Imagine how different your game might be without feeling anxious as you step up to the first tee.

Anyone who’s played the game knows that that first shot can make or break your game. Could consuming CBD before you tee off give you the advantage you need to overcome any nervous energy you might be feeling? It just might.

It’s no secret that golf takes some serious focus and concentration. There’s a reason golf is one of the quietest games that exists. Even the slightest noises can be seriously distracting and ruin the shot of even the most seasoned of players.

When you’re in the zone, your golf game can feel amazing. When you can’t find your focus, however, it can feel extremely frustrating. CBD might just be able to help. Research indicates that CBD can help with focus, which any golfer would attest could significantly help with their game.

Golfers Who Use CBD Oil

If it seems like CBD is suddenly everywhere, it’s because it is. And the oft-conservative world of professional golf is no exception.

While CBD had already become pretty big in the world of professional sports a few years ago, there wasn’t much talk around the club house about how beneficial CBD might be for one’s golf game.

This, however, has changed considerably in the past couple years. ESPN reports that the benefits of CBD for golfers spread through word of mouth on the 2018 Champions Tour, a tournament for PGA members over the age of 50.

It was Tom McCarron who’s attributed with starting the fascination of CBD in the professional golf scene after receiving a sample of CBD oil pills in his cubby at the 2018 Boca Raton Invitational.

“I went and tried it about two weeks later when I went home. I measure my sleep with a device called WHOOP,” McCarron says. “That’s a sleep and strain device. Major League Baseball, NFL and Olympic athletes use the device. For the first time in about two years that I’d been wearing the device, I was taking the CBD oil, started on Monday and had sleep in the green, which is fantastic sleep, for seven days straight the first time I took this CBD oil at night to help me sleep.”

McCarron has since signed a contract with Functional Remedies and is now the brand ambassador and has been using CBD regularly for almost two years.

Now it seems, PGA professionals can’t get enough of the non-psychoactive cannabinoid. It’s suggested that Phil Mickelson and Tiger Woods both took to chewing CBD-infused chewing gum at the most recent Masters, a tournament that Woods ended up winning. Bubba Watson took things a step further by signing a multi-year sponsorship with cbdMD.

Watson, who is the 18th-ranked golfer in the world, says that CBD has helped reduce inflammation in his body and helped him sleep.

“I’ve personally felt the benefits of cbdMD’s products,” says Watson. “cbdMD is the safest on the market and I am proud to partner with them and help millions feel better.”

Of course, cbdMD is obviously thrilled. “By joining forces with one of the biggest names in the sport, we’re excited to see how the golf community embraces the newfound popularity of CBD,” said cbdMD president, Caryn Dunayer. “We’re looking forward to the continued success of Bubba, while educating the public on the many benefits of hemp-derived CBD.”

With these professional players finding such benefit with CBD, it seems there’s a serious place for CBD in the game of golf. If CBD can benefit the pros as much as they claim it can, imagine what it can do for your own game. When it comes to benefiting golfers, CBD certainly seems to be up to par.