How many CEOs have lived underground, assuming false identities and evading arrest in pursuit of their passion? Few would have had the tenacity to endure in the face of such overwhelming opposition. But, cannabis mogul “BigMike” Straumietis couldn’t be deterred.

Straumietis spent a decade hiding from the DEA while continuing to develop his skills in cannabis. Then in 1996, Straumietis invested his ill-gotten gains into launching his own company, Advanced Nutrients, now the world’s top-selling cannabis-specific nutrient line.

From more than 20 years of experience, Straumietis has developed a cannabis empire based on business acumen and rigorous scientific testing. In this exclusive interview, BigMike reveals his business strategy, what he learned on the lam, and his plans for the future. 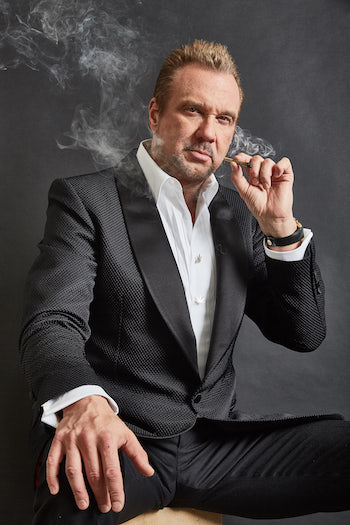 BigMike (Courtesy of Joey Figueroa of AN Media Team)

Cannabis & Tech Today: Advanced Nutrients is distributed all over the world. How did you adapt your business strategy for a global audience?

Mike Straumietis: Advanced Nutrients is in 103 countries around the world right now and cannabis growers and farmers all want pretty much the same thing. They want to increase their yields and increase the quality of their crops. When you’re thinking about the fertilizer aspect of the business, we’re considered the “no-touch” side.

Now, with BigMike’s Blends, which is the “touch side,” inventory country to country is very different. Most countries are 10 years, 15 years behind us, even with their medical marijuana programs. So, the same kind of undulations that we’re seeing in the U.S. and here in California will be happening globally, like a tidal wave.

C&T Today: How were you able to curate specific outcomes from each product in BigMike’s Blends?

MS: 13 years ago I got a license for cannabinoid research, there are only three licenses like that in the world. So, not only did I want to optimize plant growth and bring cannabis to its true genetic potential, regardless of strain, but also study actual cannabinoid medicine and science…

We built, specifically, what these cannabinoid and terpenoid profiles are that delivered specific outcomes and then we started hunting down different strains based on those profiles, then we blended those strains together. Up to six different strains will blend for one of our outcomes to get the exact cannabinoid and terpenoid profiles that we’re looking for to deliver that very specific outcome. There is nobody else out there, globally, that has the science, the depth of knowledge, and the capabilities we do.

C&T Today: You’ve been working in this industry for a long time and are one of the few examples of an entrepreneur who started their work in the illicit market and then translated that expertise into the legal market. Did you think cannabis would ever be legalized?

MS: Well, you have to ask yourself, “Why did I go and get 25 Ph.D. scientists to do all that research 13 years ago?” It’s because back in 1997 when Canada went federally legal for medical marijuana, and Prop 215 was strong in California, I realized it was just a matter of time before it became legal. Now, I didn’t know what the timeframe was going to be; however, I knew it would be within 20 to 25 years.

I can remember talking to my brother at the business one day, when we were still on the black market, and I said to him, “John, one day this is all going to be legal, and we’re not going to have to do this the way we’ve been doing this, so clandestine.” And he goes “I hope so.” And I said, “No, it absolutely will.”

I felt it back then and so I’ve been planning for it, this moment in time, for about 20 years. And I’ve been hardcore about the science portion for the last 15 years. 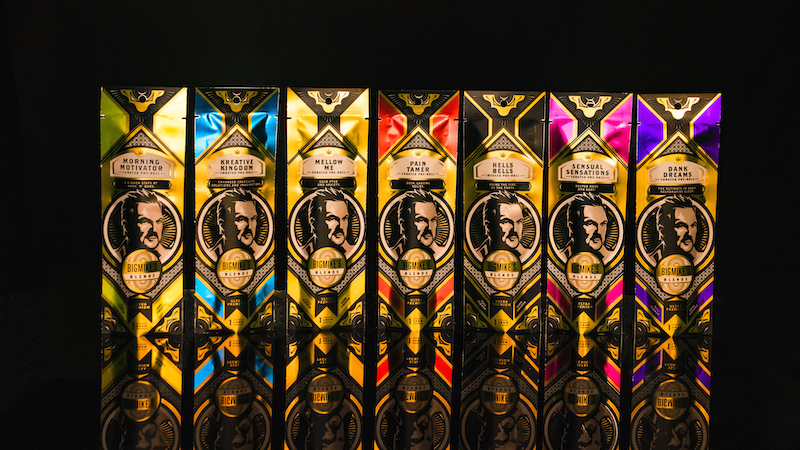 BigMike’s Blends has a variety of products to treat pain, help focus, and much more (Courtesy of Joey Figueroa of AN Media Team)

C&T Today: So many people would love to make that transition from the illicit market to the regulated market. How different are those two worlds?

I always said what our products were from day one. I never had any issues until cannabis started becoming more and more popular. So this is a misconception that people have right now, that it’s easy to get into the cannabis business. We don’t have banking, we don’t have import and export of cannabis. It’s really a challenging environment and when you get people who are used to being in mainstream spaces and they come into this space, they want to act like it’s a normal space right now –  it is not. It will be, it’s moving in that direction very quickly in the next two to three years.

C&T Today: In your podcast, Business Outlaws, you offer advice on a range of topics from investments to regulations to legislation. If you could go back and give yourself some advice, what would it be?

MS: The premise of Business Outlaws is what would we do, knowing what we know now, if we were ourselves at 24 years of age. I’m 59 now, and what would I tell myself? That’s what makes the show. Every episode is what we would tell ourselves and what’s really going on in the business world, not just cannabis, but in business in general.

Always if you could go back in time, you would do so many things differently… but carefully, because all that led me to where I am today. There are a few things I would change – stay away from this, or this, and this, and life will be great. But really, I wouldn’t change much because I am in a great place.

C&T Today: What other projects are you working on now?

MS: After speaking with you, I’m going to the Next Marijuana Millionaire. We have got all nine shows in the can. We are getting it ready to take it on the road and see who is going to pick it up. Most people will do a sizzle reel, put the money into that, and then they’ll see the show. I didn’t do it that way.

I actually put in my own money, almost six million dollars, and made the show myself. The reason I wanted that kind of control is because a lot of the cannabis shows that are out there are derogatory and demeaning to our cannabis community. I didn’t want to see another show that made the fun of the typical startup. I wanted to show that our cannabis community is made up of real people with real goals and aspirations. Listen, the pothead is dead. Those days are over. We’ve got soccer moms and normal people in this space, and even back in the black market days we still had the same thing: soccer moms medicating themselves and their children for epilepsy using CBD; this is nothing new.

I wanted to make sure this was the first show to be a business show. It could air between The Profit and Shark Tank and you wouldn’t be able to tell the difference. The only difference is we’re dealing with cannabis instead of, say, tires or cars or snowmobiles or whatever.

C&T Today: You talked about the stigma around cannabis started to shift. How do you see those changing perceptions helping the medical community?

MS: Slowly, slowly… because for the last 40 to 50 years this plant has been demonized, so there’s a lot of reprogramming that has to be done, and that takes time. There are still a lot of folks who think cannabis is evil and it’s for a bunch of lazy, stoner-type people. And that’s the farthest thing from the truth.

C&T Today: What advice would you offer other entrepreneurs looking to enter the space?

MS: The industry is going to be a trillion-dollar industry over the next 20 years. When we start talking industrial and textile uses of cannabis, it’ll be multi-trillion. This industry, if you want to think of it as a child, is still crawling. It hasn’t even learned to stand up and walk on its own.

So, there are going to be a lot of opportunities, and opportunities in areas and places I haven’t even imagined myself. People who want to get in the cannabis space, there’s still plenty of time and this industry is going to be huge. So if you want to be in this industry, you’ll have an opportunity to do it.

Feature Image Courtesy of Joey Figueroa of AN Media Team