We live in a world where we’ve been forced to look at cannabis in the hall of funny mirrors. Our view has been deliberately distorted for a century. Stigma has been inevitable ever since the days of Reefer Madness and now, the destigmatisation of cannabis is an essential part of the effort to deliver cannabis back to the people.

While most of us would be delighted to see cannabis accepted as readily as alcohol for ‘recreational’ use, it’s the people who rely on cannabis to ease symptoms and treat conditions that other drugs could not who we must keep in the forefront of our mind. Not only because it’s up to us to advocate for them, but also because as soon as cannabis is truly appreciated for its life-changing capabilities, the scales can’t help but fall from people’s eyes. Something we’ve been taught is inherently bad couldn’t possibly be so good. And something so incredibly good could never be so bad.

The ‘medical cannabis’ conversation is a key one to have at the ready, because this is an easy way in to quickly change perceptions. But, beyond that, we need to be proactive in reinventing cannabis as a whole. Us advocates, we’re the plant’s PR – and it’s time to whip up a whole new image that destroys the negative narrative.

Cannabis prohibition has been around longer than any of us. We’ve all been brought up being taught in one way or another that cannabis is bad, shameful and dangerous. As a result, even those who are already very pro cannabis might automatically lower their voice when they say the word ‘cannabis’ or when talking about it in public, to avoid anyone overhearing.

This habit has to go.

It’s a simple change to make, but a vital one. The cannabis conversation is one we should all be having, in a clear, confident tone that everyone can hear, because they all deserve to have their misconceptions demolished too. Cannabis is not a dirty word, so don’t act like it. We should all actively work on retraining ourselves and others to be able to talk about cannabis as freely as you would a dandelion.

Cannabis is beautiful – don’t let anyone tell you different

It’s not just the word ‘cannabis’ we’ve been trained to shun, it’s the image of it too. The cannabis leaf has been forced into being a symbol for hippies and misguided youth – it’s time to reclaim it.

Get yourself a cannabis leaf pin to wear on your work suit, get a face mask emblazoned with a lovely cannabis design, sew a cute patch onto your favourite jacket. It’s up to us to trail-blaze the reimagining of the cannabis image and take it from infamous to beautiful.

Admittedly, most of the cannabis-themed apparel and accessories you can get in the U.K lean into that stereotypical vibe. But if you look there are some really unique offerings. Here are some of my favourites: 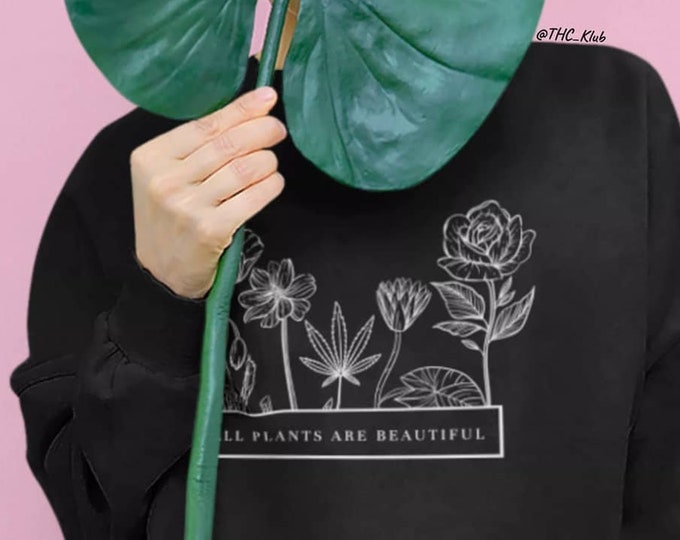 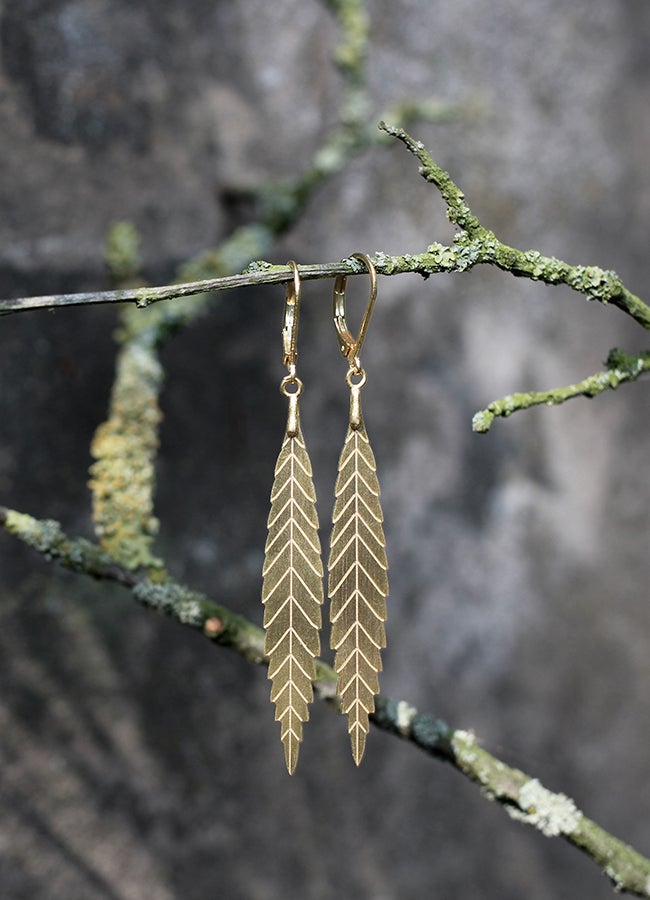 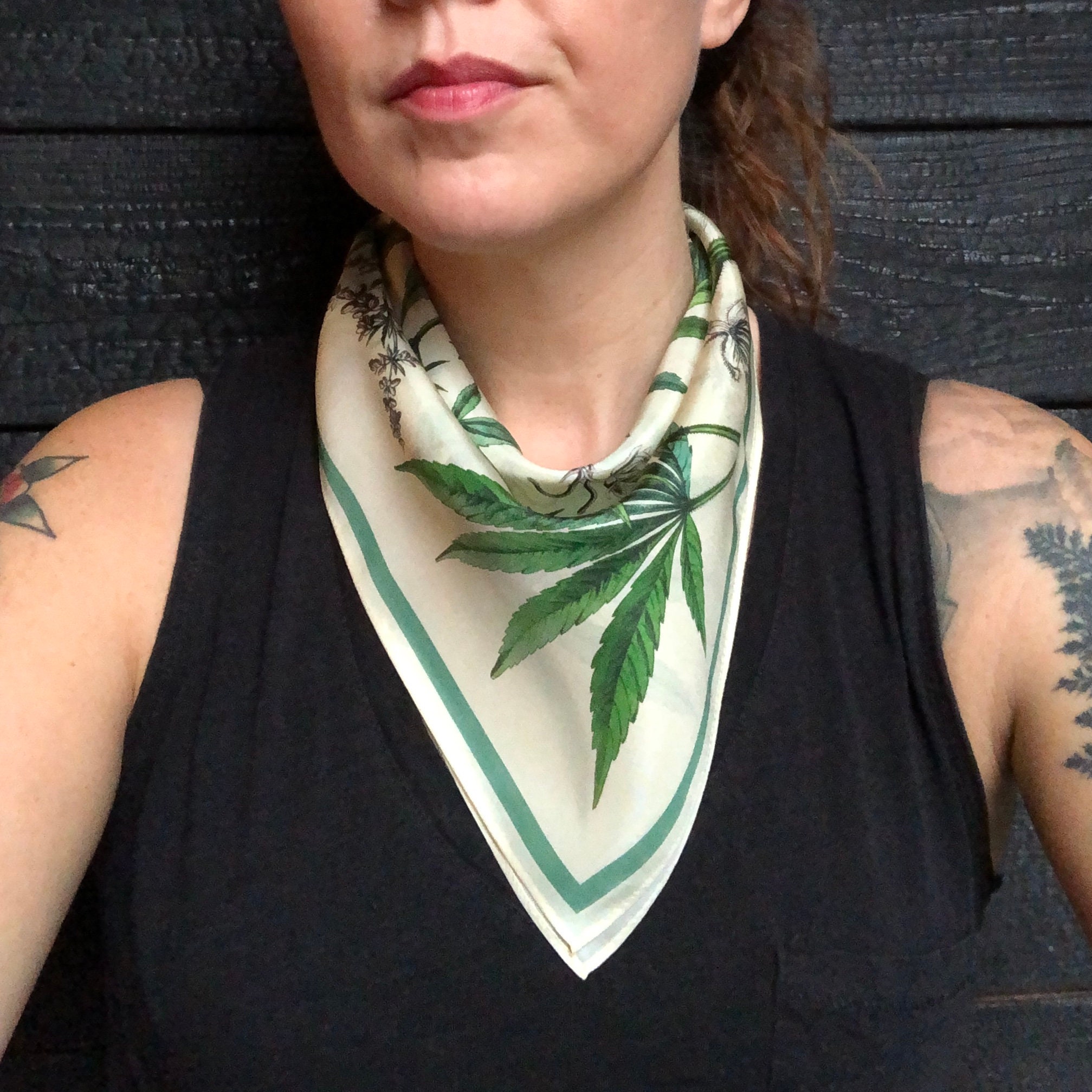 We’re all victims of misinformation when it comes to cannabis. We have it drilled into us in school that drugs are bad. You’re likely to have experienced that elsewhere too. In fact, many legal cannabis patients had this so ingrained in them that it can take a long time to try cannabis as a medicine and sometimes longer still to believe it’s really safe.

Because of this, we must educate ourselves and then we must educate others. This doesn’t mean believing and sharing everything you read on the internet – not everything positive said about cannabis is true, and that sort of misinformation is equally unhelpful. Find reliable sources, teach yourself facts about cannabis safety, studies, prohibition and the endocannabinoid system. Then educate your kids – bring them up knowing the truth. Educate your doctors – most of whom don’t know about the endocannabinoid system or that there are over 40,000 studies supporting the safe use of cannabis as a medicine. Educate your friends and family. Take it upon yourself to change the narrative.

Be vocal, but respectful

While educating, it’s important to remember that even those who are fiercely anti-drugs or anti-cannabis are only that way because they have not had a lightbulb moment where they see that everything they’ve been led to believe is not true. This can be a very difficult thing to realise, particularly for people who have suffered the trauma of being negatively impacted by drug addiction, or those who have seen ‘the dark side of cannabis’, perhaps in a partner or parent.

If you really want to reach someone and change their mind, you must approach them with compassion as well as information. Share what you know, but be ready to listen to them and address their concerns with understanding as well.

The same goes for making your voice heard on social media – anger rarely works (in any situation) it just fuels the fire. Be vocal, be confident, but be respectful in the way to speak to people. Remember, we’re representing cannabis! And it’s a peaceful plant.

Don’t deny the negative side

Cannabis can be abused, so let’s not pretend it can’t be. Some people are just not suited to using cannabis and, while illegal in the U.K, many people using cannabis are only able to get their hands on pesticide-laden, synthetic-cannabinoid-sprayed rubbish that is not good for anyone’s health.

It’s foolish to try and make everyone believe that cannabis use can never be problematic, because this one-sided view takes away from the truth, which is that cannabis is not bad – our lack of education and harm reduction is.

If you can allow yourself to hold a well-rounded view of cannabis, you’ll be far better equipped to discuss points of concern, address common fears driven by propaganda (such as the risk of cannabis overdose and cannabis psychosis) and explain why full acceptance and legalisation of cannabis would benefit everyone.