Attention around CBD oil has sky-rocketed in recent years, with the European market set to expand over 400% by 2023. Taking up where coconut oil left off, CBD is being hailed as the next cure-all supplement for every ailment under the sun. But what health and wellness concerns can CBD definitely help with? Here are five clinically tested benefits of CBD.

One of the most common benefits associated with CBD oil is its ability to reduce stress and promote an overall sense of mental wellbeing, and there is a compelling bank of research to prove this.

A study in 2011 found that CBD significantly reduced performance anxiety in people with social anxiety disorder, while a 2019 clinical trial on anxiety and insomnia showed that CBD effectively reduced anxiety among male and female subjects. 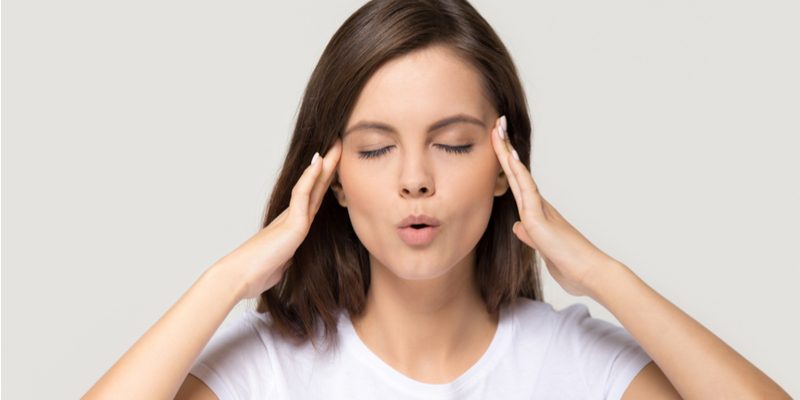 So how exactly does CBD alleviate stress? This question was the subject of another 2011 study, which showed that CBD effectively reduced anxiety by increasing cerebral blood flow. Increased cerebral blood flow is also associated with improved cognitive function, elevated mood and more efficient brain function overall.

Research also shows that CBD can help to improve more volatile forms of anxiety such as panic disorder – an acute anxiety condition that affects an estimated 385 million people around the world, around 5% of the global population.

Research has shown that CBD can have a positive impact on cardiovascular health, and on blood pressure in particular. A 2017 study on CBD and hypertension showed that a single dose of CBD was enough to significantly reduce blood pressure in otherwise healthy individuals.

Research around the potential use of cannabinoids as an anti-inflammatory drug shows that CBD could be an effective treatment for reducing inflammation.

Inflammation occurs when the immune system tries to heal an injured area of the body by increasing blood flow to the area and leaking fluid into the tissues, which causes swelling. However, chronic inflammation can lead to a variety of more serious health issues including heart disease and stroke, as well as tumour growth.

Research shows that CBD works by binding with CB2 receptors to suppress the immune system’s inflammatory response, which in turn reduces chronic inflammation.

Considering the research around cannabidiol’s anti-inflammatory properties, it’s no wonder that CBD has also been explored as a possible treatment for reducing acne.

A 2014 test tube study of how cannabinoids function on the skin found that CBD oil prevented sebaceous gland cells from producing excess sebum, while also reducing the inflammation associated with acne flare-ups to prevent break-outs. The same study also showed that other cannabinoids like CBG and CBGV could be particularly helpful for dry-skin syndrome.

Cannabidiol’s acne fighting abilities were also found in a separate 2014 study, which showed that CBD could alter the behaviour of acne-causing elements like testosterone in sebaceous gland cells, which resulted in reduced sebum production.

Research shows that CBD can be an effective treatment for epilepsy thanks to its anticonvulsant properties, which can reduce the frequency of drug-resistant seizures.

In fact, an epilepsy drug became the first CBD UK -based treatment authorized by the FDA for use in the United States. Epidiolex, which was developed by UK company GW Pharmaceuticals, is used for the treatment of a severe form of childhood epilepsy called Dravet Syndrome. Having a moment or not it is always important to separate fact from fiction. The Extract exists to do just that.